Saim Sadiq’s Joyland, which is also Pakistan’s submission for best international feature at the Oscars 2023, is facing a major setback just a week ahead of  its release in the country.

Ministry of Information and Broadcasting has canceled Joyland’s exhibition license which was issued months ago.

With the hashtag #ReleaseJoyland, Sadiq  urged the ministry to review its decision.

He also attached copies of all three certificates that were granted for the film’s release in his Instagram post.

“We — as a team — are gutted by this development but fully intend to raise our voice against this grave injustice. I am compelled to point out that this sudden U-turn by the Pakistan Ministry of Information and Broadcasting is absolutely unconstitutional and illegal,” he said.

“The 18th amendment in the Pakistani Constitution gives all provinces the autonomy to make their own decision, yet the Ministry suddenly caved under pressure from a few extremist factions — who have not seen the film — and made a mockery of our federal censor board by rendering their decision irrelevant,” Sadiq added.

Saim Sadiq went on to add that in addition to their censor certificate being revoked, the ministry has also gone “against the Constitution by ordering all the other provincial censor boards, Sindh and Punjab, to follow its decision,”

“Joyland is still certified to release in Punjab and Sindh on its original release date, November 18,” he said.

“I am thankful for all the messages on mainstream and social media in support of the film and against this decision to hinder the film’s release in its home country, which show that Pakistani audiences are sensible and don’t want to be dictated about which film they should or should not watch,” Sadiq wrote.

Celebrities including the actors of the film are rallying on social media to revoke ban on film’s release in the country. 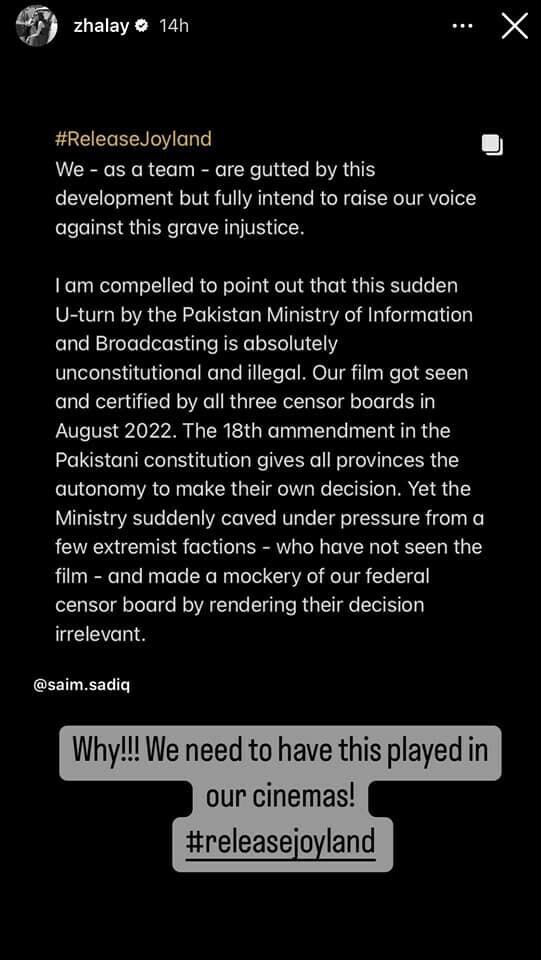 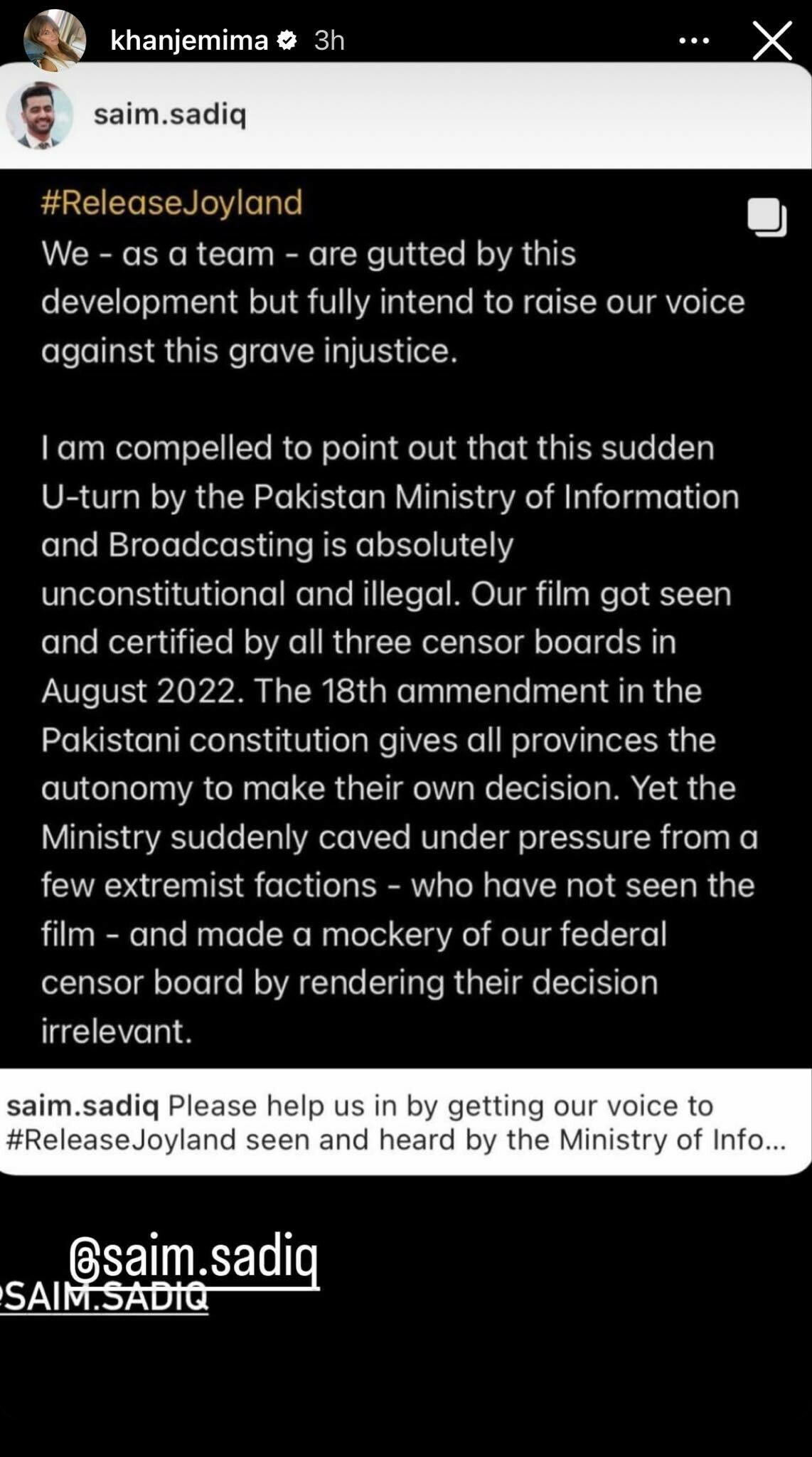 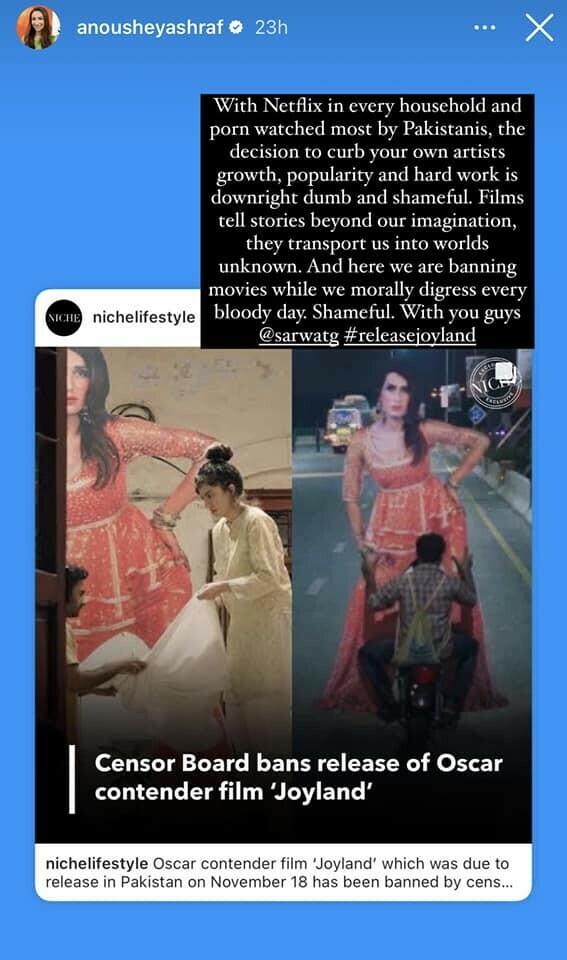