Since internet became a major part of the lives of us all, a lot has been changed. Few years ago, the term ‘celebrity’ was limited to a popular actor, singer, musician, painter, TV personalities or any renowned artist. But now, ‘internet celebrities’ are trending more than them. Millennials simply love internet and social media drama and they are the best when it comes to taking someone from rags to riches with the power of internet and social media.
Here are the examples of  some people who got instant internet stardom and are still growing.

‘Damn, Daniel!’ was a 2016 viral video.  A guy from California, named Josh, filmed his friend Daniel in stylish clothes and in each clip he says ‘Damn, Daniel!’. That’s it. Internet simply lost it and it became a viral sensation all over the web with more than 45 million views. Both the teenagers were called on different TV shows and have been published on BuzzFeed, The Washington Post, Daily Mail and other major media platforms. Daniel Lara and Joshua Holz, both have verified Instagram accounts were Daniel has more than 500k followers while Josh has over 90k followers. They have been into many modelling projects and surely have made a name.

It was just another morning for Arshad Khan when photographer Jiah Ali captured him in her photos. Little did they know that it’s something that’s going to change the chaiwala’s life! Arshad Khan’s this photo went extremely viral, he became an internet obsession within hours and people couldn’t stop talking about him, couldn’t stop sharing this photo on their social platforms. This opened the doors for Arshad Khan to enter the world of showbiz where he stayed for sometime, became a part of many modelling projects and was invited on many TV shows. However, he decided to quit showbiz and return to his family business, yet his name still runs in the news.

Bhad Bhabie (Cash me outside how ’bout dah?)

If you’re an active internet user, there’s no way you don’t know about ‘the catch phrase’. It all started when a mom with her teenage daughter came on the show ‘Dr. Phill’ which is hosted by Phil McGraw. This was where this 13 year old girl, Danielle Bregoli told her mom, ‘Cash me outside how ’bout dah?’ in a response to something that made her angry. Well, it’s been very well known that she’s a brat and that’s why her mom brought her in the show. However, she and her mother filed complaints against every company that used this catch phrase in their marketing campaigns.

Whether it was all a drama to get the fame on social media or the truth, it is pretty clear that Danielle aka Bhad Bhabie (pronounced as Bad Baby) is now quite famous. In fact, now she is a rapper and have been releasing music as well.

A girl was shopping at Target and while getting her groceries packed, she observed the cashier and found him attractive. She captured the photo of the then 16-year old cashier and posted it on her twitter with the caption, ‘While he was checking out my bags, I was checking him out’. 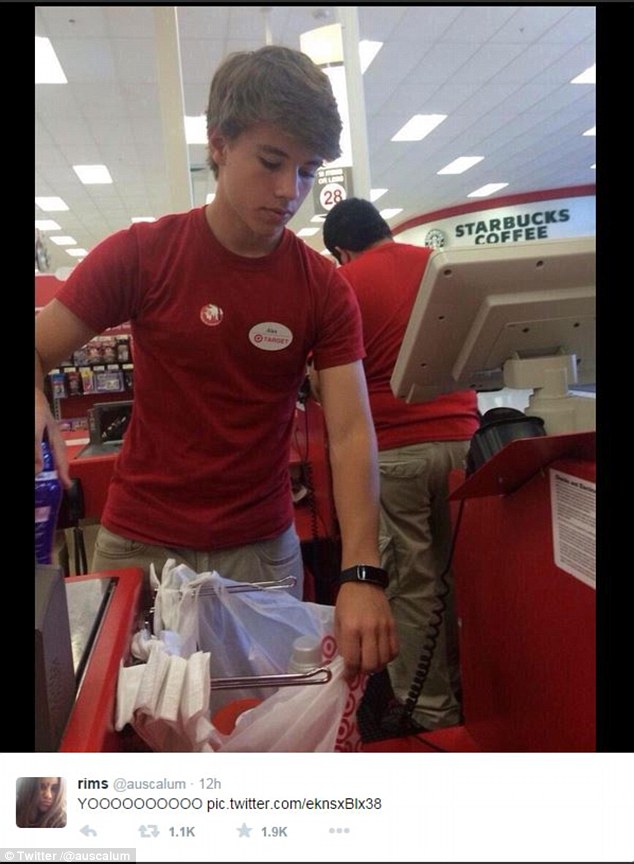 This was it. The photo revealed his name badge and it went viral with the tag #AlexfromTarget. His followers on twitter skyrocketed from 144 to 550k, and crossed a million on Instagram! Girls wore t-shirts with his face printed on them. He was seen all over the web, the news and TV shows, he was called for interviews and was asked how he felt about all this. He even turned a fitness fanatic and transformed into someone totally different. This got him many modelling projects too.

However, things did not really go well for him since he started getting death threats online. Some social media users leaked his family’s social security number and bank details. It was such a catastrophe that his family decided that they had had enough. Alex from Target has not been active on any social platform since November, 2017.