She made her acting debut with a supporting role in the 2011 drama series Dareecha. 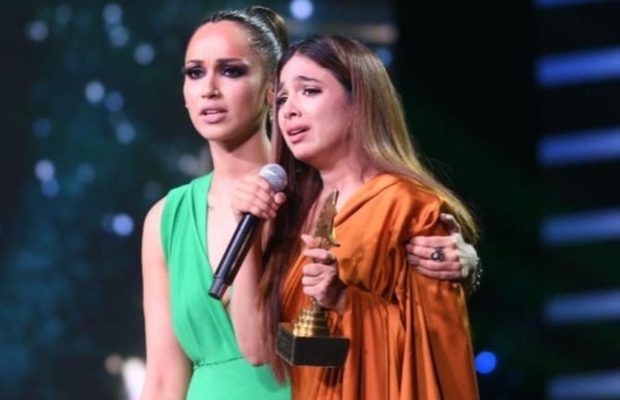 Sonya Hussyn wins her first-ever award for The Best Actress for drama serial Saraab at PISA 2021.

The PISA Awards were held in Dubai on November 5.

Upon receiving the honours, the actress broke down in tears on stage as she expressed gratitude for her well-deserved recognition.

“Seven years of my acting career and 16 nominations later today I am finally getting my first award,” Sonya said sobbing after receiving the award.

Sonya, 30, made her acting debut with a supporting role in the 2011 drama series Dareecha.

Her performance as Pakeeza Islam in the 2017 series Aisi Hai Tanhai earned her nomination for Best Television Actress at Lux Style Awards.

She has appeared in a number of films as well.