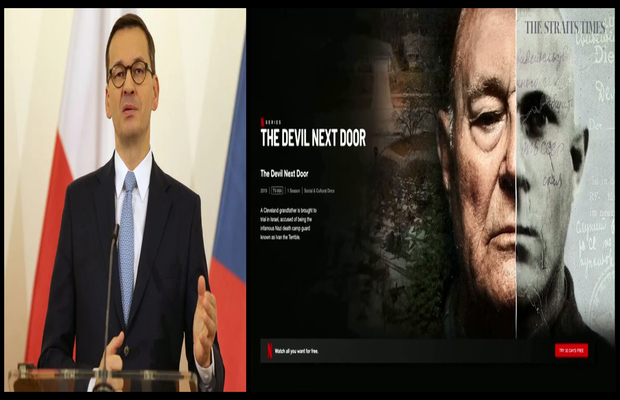 Netflix’s popular documentary faces a controversy as it has been accused by Polish PM of showing factually incorrect information. The issue began when the documentary Devil Next Door, set during world war II showed a map of Poland as an independent state at the time, where Nazis had set up their camps.

“The map implied that Poland existed at that time as an independent nation within its postwar borders and thus could share responsibility for the atrocities,” said Mateusz Morawiecki, Prime Minister of Poland.

“As my country did not even exist at that time as an independent state, and millions of Poles were murdered at these sites, this element of The Devil Next Door is nothing short of rewriting history,” he added.

Read More : “Netflix’s The Crown is fiction,” Queen Elizabeth’s secretary enraged at the drama hinting at her affair

However, Morawiecki noted that he believes the mistake was unintentional and would like Netflix to immediately rectify the map or issue an explanation.

“We are aware of the concerns regarding The Devil Next Door and are urgently looking into the matter,” said a spokesperson for Netflix.

Devil Next Door depicts the life of retired US car mechanic John Demjanjuk who was accused of aiding killing of 27,000 jews in world war II. Demjanjuk, a Russian born, was a guard at the Nazi camp in Poland and convicted in 2011.