Mahira Khan, an exceptional actress after winning laurels for her work on both big and small screen has just laid her hands on the award for Best Actress – Short Film at Indus Valley International Film Festival which was held in New Delhi, India for Prince Charming, a short film produced by See Prime. 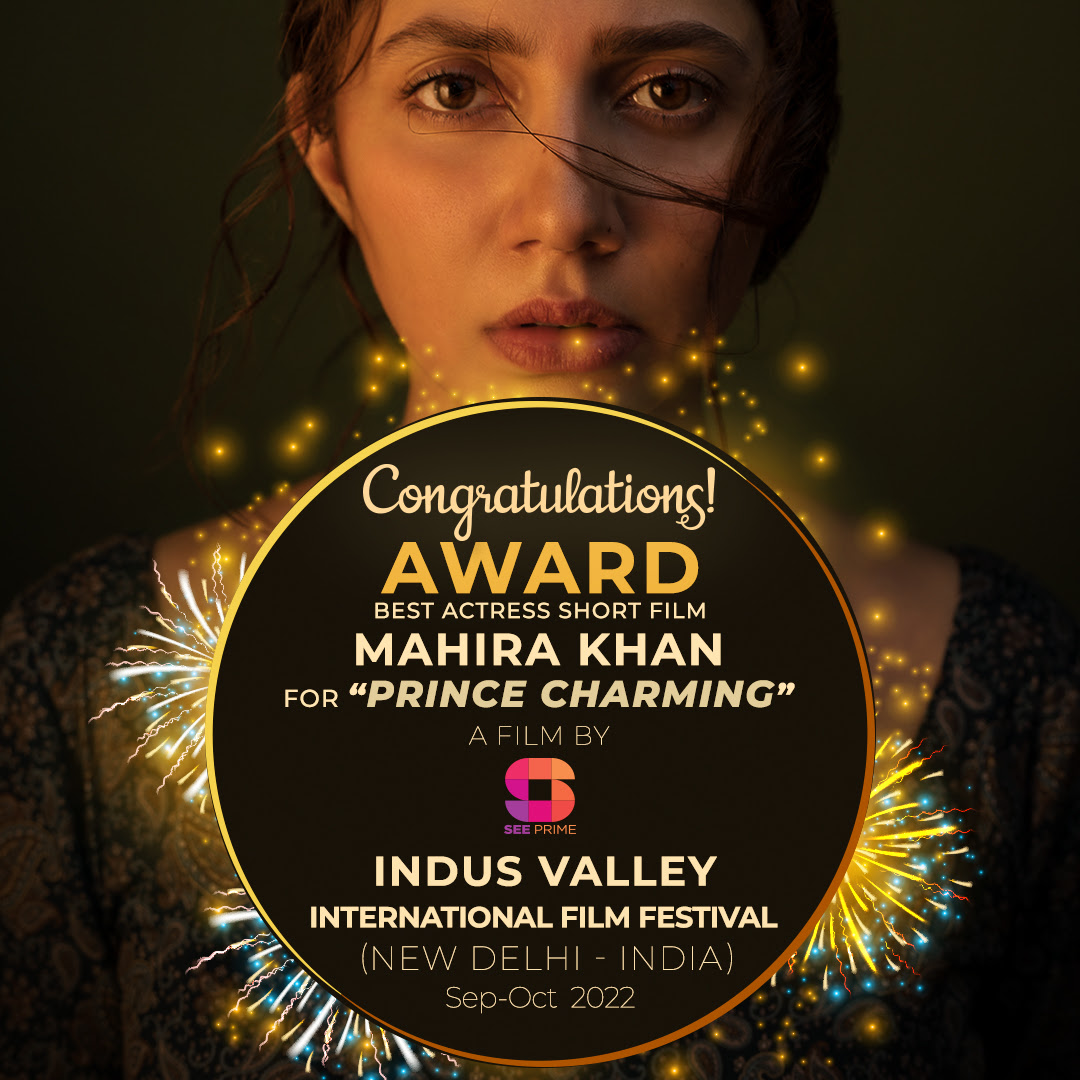 Last year superstar Sheheryar Munawar, after making waves as an actor released his short film ‘Prince Charming’, produced under the See Prime banner, starring countries’ biggest stars Mahira Khan and Zahid Ahmed together for the first time. Prince Charming talks about post-marital depression, a very real issue in our modern day and age, in a very unique and creative way.

“This award goes out to all the ladies who are silently suffering from post-marital depression, our society doesn’t talk about it, we consider such topics as taboos and yet here we are. I’m glad that this role touched the audiences’ heart, it’s one of the roles which shall stay close to my heart forever. I would like to thank my dear friend Shehryar Munawar for believing in me and the entire team of See Prime specially Seemeen Naveed for providing us with this platform.” said the award-winning actress, Mahira Khan.

Seemeen Naveed, the executive producer See Prime stated, “I truly believe in showing and producing content that comes with a deep message for my audiences. I was amazed by the vision which Sheheryar had in his mind behind this masterpiece. I’m proud that our content has been recognized on an international level, hoping to keep on producing and working with these gems.”

The film is available on See Prime’s official YouTube channel and you can still watch it there!