Priyanka and Nick will exchange vows in the US 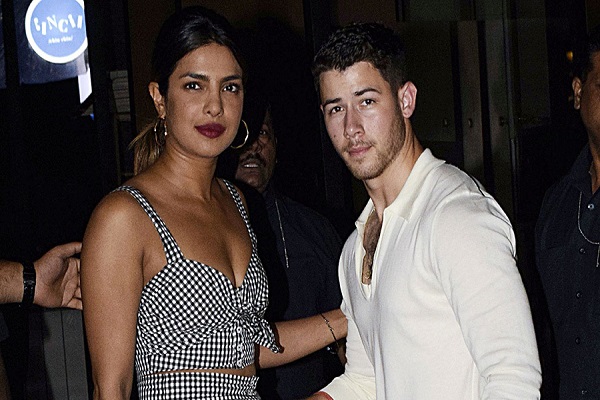 Here comes the news each and everyone had been waiting for, Priyanka Chopra and Nick Jonas are all set to tie the knot next year. According to the sources the couple will get marry in the next year in United States.

25 years old Nick Jones proposed 36 years old Bollywood actress on her 36th Birthday and the couple got engaged in India recently. According to a source through Filmfare, the duo is madly in love and will exchange vows in the US.

“Priyanka and Nick have plans of getting married in the States. The engagement ceremony happened in India so the big day will surely be happening in the US. Even though they plan to wed next year but they have already started planning things,” said the source. “Post tying the knot in the US, they plan to host a grand reception in Mumbai for the actress’s Bollywood and industrialists friends,” added the source further.

tweet
Share on FacebookShare on TwitterShare on PinterestShare on Reddit
Rameeza NasimSeptember 4, 2018
the authorRameeza Nasim
Rameeza Nasim, a Paralian, passionate about poetry, drama and fiction. By giving drama critiques I feel like I am endorsing the writer's message to the audiences, I love my job. Being a critic responsibility lies on my shoulders to point out the flaws and shortcomings of the play be it on writer's , performers or director's end . I did my Masters in English Literature and Linguistics .
All posts byRameeza Nasim