#ErtugrulUrduPTV is trending on top on Twitter in Pakistan. 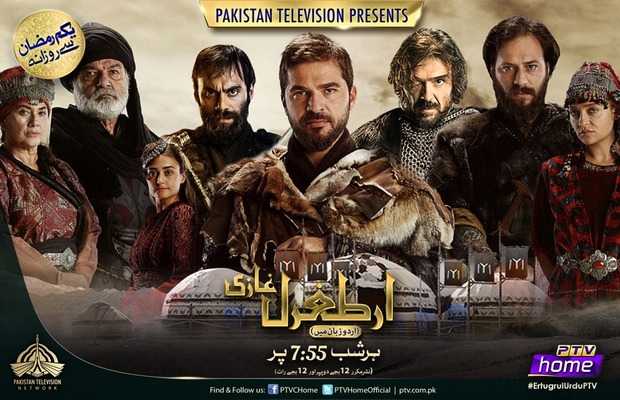 PTV Home kicks off the broadcast of the much anticipated Urdu version of internationally acclaimed Turkish Series Diriliş: Ertuğrul form the first of Ramazan.

As soon as the first episode of Ertugrul Ghazi went on air, hashtag #ErtugrulUrduPTV is trending top on Twitter in Pakistan. 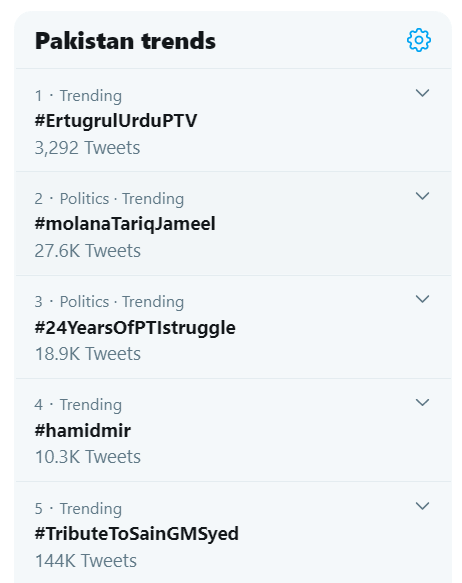 As  PM Imran Khan had made a special request to make arrangements to broadcast the internationally hit series on State Television. He is delighted for the series being aired in Pakistan on the national television, where millions of Pakistanis can enjoy it with Urdu dubbing.

During a recent media interaction, PM shared his views about the hit series. He added that the youth can learn about Islamic history and ethics by watching Turkish drama.

Diriliş Ertuğrul translated as Resurrection: Ertugrul, originally aired on TRT TV in 2014 and it concluded with its 5th season in 2019.

PTV reportedly obtained the broadcast rights of the drama from the Turkish Radio and Television Corporation (TRT).

The series is based on the life of 13th century Oghuz warrior Ertugrul, pronounced as “air-TU-rule”. Who is said to be the father of Osman Ghazi 1, the founder of the Ottoman Empire.

And Pakistanis are delighted to watch this series in Urdu and took to social media to express their excitement:

Let's see who are #StayHome and watching #ErtugrulUrduPTV…Please share your photos while watching @ErtugrulUrduPTV below this tweet pic.twitter.com/hVQmQyhQGU

And some were quick to share spoilers as well!

And Ertugrul has saved Haleema Sultan from the Tamplers while hunting a gazel.
Thats the start of one of the most beautiful love story.
Till the very end he remains grateful to the gazel for leading him towards his love. #ErtugrulUrduPTV

tweet
Share on FacebookShare on TwitterShare on PinterestShare on Reddit
Saman SiddiquiApril 25, 2020
the authorSaman Siddiqui
Saman Siddiqui, A freelance journalist with a Master’s Degree in Mass Communication and MS in Peace and Conflict Studies. Associated with the media industry since 2006. Experience in various capacities including Program Host, Researcher, News Producer, Documentary Making, Voice Over, Content Writing Copy Editing, and Blogging, and currently associated with OyeYeah since 2018, working as an Editor.
All posts bySaman Siddiqui