In the first part, Pushpa's earned enough foes to make fans anticipate what will happen in part two. 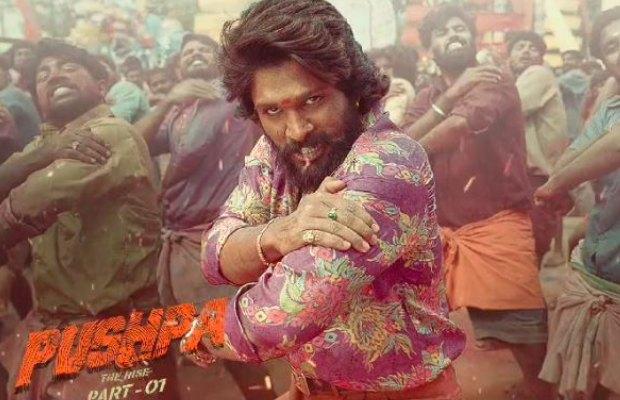 Pushpa: The Rise featuring Allu Arjun, one of the most popular faces in the South Indian film industry, is the recent massive Telegu hit released on the OTT platform Amazon Prime.

The film came out on December 17, 2021, and has been a massive hit since then prior to its cinema release.

After watching Pushpa: The Rise dubbed in Hindi, it’s obvious that Bollywood has lost its charm to the films being made in the South of India.

The story is the same as a case of old wine in a new bottle with a familiar idea of a man who rises from nothing and turns into a crime lord however, it is set in times when pagers were in fashionableness and mobile phones counted in a luxury item.

But what makes it extraordinary is being mounted on a grand scale and when the post-film has been handled on the scale perfectly balancing treatment with visual effects (VFX).

Though many have watched it on the OTT platform, however, the actual ambiance of Sukumar’s direction can only be enjoyed on big screens for sure.

The film begins as an absorbing tale before it meanders with a silly romance track and crawls post-intermission to an underwhelming finish that makes the audience wait for the arrival of Part 2.

Overall, the film’s runtime is lengthy with three songs but it’s well worth the time.

While Allu Arjun shines with his style, dance moves, and dialogue delivery, Ajay Ghosh as the menacing Konda Reddy, Shatru is DSP Govindappa, and Sunil is Mangalam Srinu are equally brilliant.

Now coming to the story, it is set in the Seshachalam forest bordering Tamil Nadu and Andhra Pradesh, where the gangs are busy smuggling red sandalwood.

Well, the Telugu filmmakers do excel in making masala segments that capture viewers’ imagination and the same goes for Pushpa Raj (Allu Arjun), who is an illegitimate child of Muletti Venkatraman, a rich landlord in a village.

The story traces the rise of the shrewd protagonist from a daily wager to controlling the smuggling syndicate.

Pushpa stands out from others of his ilk for controlling the cat and mouse game between the cops and the smugglers.

While waiting for his next daily wage job, he finds out that the red sandalwood business pays a lot although the risk is also way higher. He joins the industry as a woodcutter and hence grows up doing odd jobs.

And one day, the police raids while they were busy cutting the wood. Pushpa single-handedly hides the precious red sandalwood from them and doesn’t even open his mouth even though the cops beat him black and blue. Konda Reddy (Ajay Ghosh) runs the smuggling business and Pushpa Raj is their laborer.

When he finds out about Pushpa’s bravery, he sends his younger brothers, Jolly Reddy (Dhananjay) and Jakka Reddy, to get his bail done. Pushpa demands Rs. 5 lakhs to reveal the place where he hid the red sandalwood. The brothers agree.

Soon, Pushpa becomes an important member of Konda Reddy’s gang as he tells them ingenious ways of transporting the red sandalwood while bypassing the prying eyes of the police.

The film is always incomplete without the romance element, and the story progresses as Pushpa falls for Srivalli (Rashmika Mandanna), who runs a milk business.

Meanwhile, Konda Reddy sells the red sandalwood to Mangalam Srinu (Sunil). Srinu is the one who gets the consignment safely to Chennai. Pushpa learns that Srinu earns as much as Rs. 2 crores for every ton of red sandalwood that he sells to Murugan at Chennai port. Srinu, however, pays just Rs. 25 lakhs per ton to Konda Reddy.

Pushpa suggests to Konda Reddy that Srinu should insist that he should be paid more. Konda Reddy is apprehensive as he feels it’ll strain his relations with Srinu. Also, Srinu can be quite a menace. Hence, he sends Pushpa to talk to Srinu. At Srinu’s place, all goes wrong and it signals the beginning of a long bloodbath between the two gangs.

What happens next forms the rest of the film. Pushpa notes everyone’s weakness and continues making his position strong.

There is an emotional backstory to make up for all of Pushpa’s illegal doings, which shows how Pushpa’s mother was never accepted by society and how the mother-son duo was scorned by everyone, including his father’s family, for being illegitimate.

Since he grew up around hate and being denied what was rightfully his, Pushpa’s soft corner is reserved only for his mother and his love interest Srivalli, played by a bold Rashmika Mandanna.

Then, of course, there comes the entry of  Fahadh Faasil as Bhanwar Singh Shekhawat, the cop who gives an unusual challenge to Pushpa.

One needs to catch up with the film, as in the first part, Pushpa’s earned enough foes to make fans anticipate what will happen in part two.