Rambo is back in “Last Blood”, first trailer out

The final installment will hit theaters on September 20 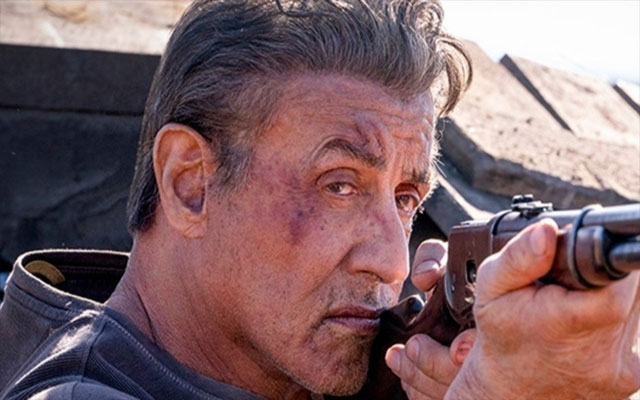 Thirty-seven years after playing first blood, Rambo is BACK for last blood.

The fifth film in the ‘Rambo’ franchise ‘Last Blood’ sees action hero Sylvester Stallone gearing up for vengeance and reprises his role as John Rambo.

The first trailer of the fifth and final installment of Rambo series ‘Rambo: Last Blood’ has been released on Thursday.

“The time has come to face my past,” Stallone’s Rambo says in the clip of teaser trailer, “If it comes looking for me, they will welcome death…and there’s nothing they can do to stop it.”

“I’ve lived in a world of death,” I’ve watched people I’ve loved die. Some fast with a bullet. Some, not enough to bury. All these years I’ve kept my secrets.”

The final installment of the blockbuster series “Rambo: Last Blood” will hit theaters on September 20. Stallone, who was 36 when First Blood premiered, is 73 now when Last Blood hits theaters.

The plot of the film revolves around Rambo crossing into Mexico and taking on a violent cartel when the daughter of one of his friends is kidnapped.

The film also stars Paz Vega, Sergio Peris-Mencheta and Yvette Monreal. Adrian Goldberg is directing from a screenplay by Stallone and Matthew Cirulnick.