Both the stars have signed Luv Ranjan's next directorial venture 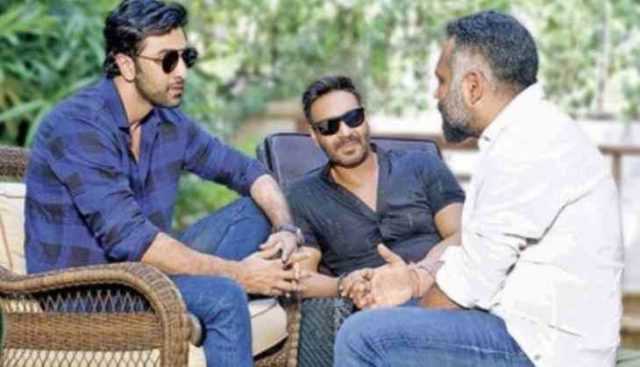 Ranbir Kapoor and Ajay Devgn are undoubtedly two of the finest actors of Bollywood industry and it would be a great fan moment for all their fans to see them together on screen. Reportedly the duo has signed an upcoming project by Luv Ranjan of Sonu Ki Titu Ki Sweety.

Ranbir Kapoor these days is busy in promotions for the release of his much anticipated and unarguably one of the most important film of his career the Sanjay Dutt biopic Sanju. Ajay Devgn’s last project was the movie Raid.

“Ranbir is an impeccable actor with a great ability to deliver nuanced performances. He is undeniably the most talented actor of his generation. I am looking forward to collaborating with him,” says the Gangajal star Ajay Devgn.

Ranbir Kapoor also shared his excitement on his new project with Ajay and Luv, “I have immense respect for Ajay sir and I’m excited about sharing the screen with him again. His body of work is inspiring. Luv and I have wanted to work with each other for some time now. I am sure this film will be a perfect start to our association.”

The movie will release somewhere in 2019.

tweet
Share on FacebookShare on TwitterShare on PinterestShare on Reddit
Rameeza NasimMay 17, 2018
the authorRameeza Nasim
Rameeza Nasim, a Paralian, passionate about poetry, drama and fiction. By giving drama critiques I feel like I am endorsing the writer's message to the audiences, I love my job. Being a critic responsibility lies on my shoulders to point out the flaws and shortcomings of the play be it on writer's , performers or director's end . I did my Masters in English Literature and Linguistics .
All posts byRameeza Nasim