"Arrest the president, you got the evidence that n***a is Russian intelligence/When it rains it pours," Ice Cube raps. 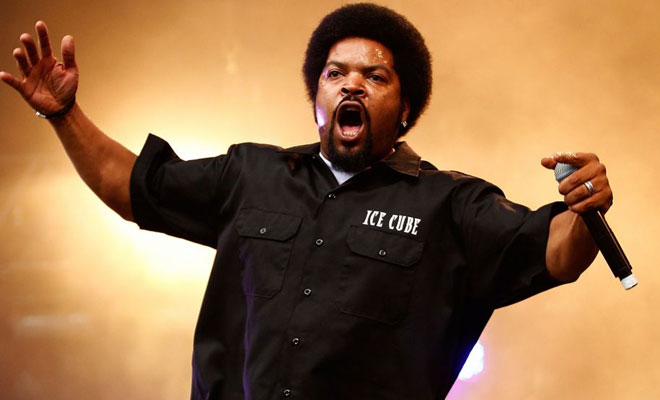 The former NWA rapper, Ice Cube continues to push the political envelope with his latest single ‘Arrest the President’.

The timely track was first teased during the US midterm elections on Tuesday, 6 November, with the hip-hop icon posting a clip on Instagram with the caption: “Cuffs are ready… Get out there and vote.”

“Arrest the president, you got the evidence that n***a is Russian intelligence/When it rains it pours,” Ice Cube raps.

“Did you know the new white was orange? Boy, you’re showing your horns,” the rapper continues, referring to Trump’s oft-mocked skin tone.

“Let’s meet at the White House/Run in and turn the lights out.”

The West Coast rapper had teased the new track on Tuesday as American voters cast ballots in the heated midterm election seen as a test of Trump’s presidency.

Ice Cube has long courted controversy with his aggressive style of gangster rap, which regularly involves derision and threats against law enforcement with his songs.
Despite vociferously opposing his candidacy, the BIG3 is a 3-on-3 basketball league co-founder has previously spoken in positive terms about Trump’s achievements, describing him as the embodiment of the American dream.