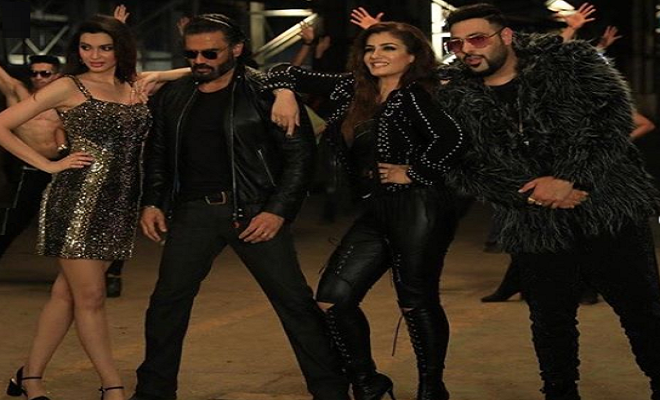 Tanishq Bagchi is all set to recreate another golden Bollywood number with the main leads. Yes, this time we’re talking about the Suniel Shetty, Raveena Tandon starrer Sheher Ki Ladki, which is being revamped for Sonakshi Sinha’s upcoming film Khandani Shafakhana.

Suniel Shetty shared some BTS images from the song and it seems Anaa still has the magic going strong alongside Raveena Tandon. Featuring in the song would be the exquisite Diana Penty and the Bollywood sensation Badshah, whom we are sure, will take the energy of the song to the next level.

The song, being recreated by Tanishq Bagchi will feature Tulsi Kumar with Badshah on the vocals and is said to be a party number. Sheher Ki Ladki will be released next Friday from upcoming film Khandani Shafakhana.