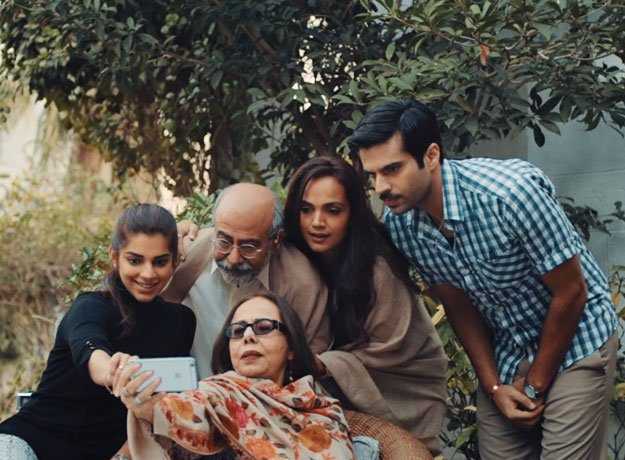 It will be next week when Cake the Film will be released nationwide, but before that another slice of cake has been revealed. It’s the Bollywood’s legendary R. D. Burman’s most famous song, Piya Tu Ab Toh Aaja from the 1971 classic, Caravan, sung by Burman and Asha Bhosle

We have to wait to see the whole movie to judge how this iconic song has been into the Cake the film’s situation, since the song itself has been counted into item number category. However,  by looking at the visuals it seems like the cast is having a ball playing this song for the sake of good times. The background setting also looks interesting. The previously released songs of Cake the Film, Meri Dunya and Sajan Mo Khay have been pretty impressive and the same can be said for Piya Tu as well. Taking a probable guess, we can say Cake The Film has a well sounding, solid music album to match the strong story line of the film. Which is another plus.

The first song from Cake the film, ‘Meri Duniya’ is absolutely beautiful!

It’s been a recent trend in Bollywood for getting the remakes of old songs into new movies not just that also remixing and revamping Pakistani hit numbers into their ventures. Recent one has been Nusrat Fateh Ali Khan’s Rashke Qamar in Baadshaho starring Ajay Devgn and Ileana D’Cruz.

Cake the film is said to be all about love, loss, choices and responsibilities, a family drama directed by Asim Abbasi star cast including Aamina Sheikh, Sanam Saeed, Adnan Malik, also includes Mikaal Zulfiqar, Mohammed Ahmed and Beo Zafar. So far, we have been immensely impressed by the trailer and the story it offers. Hopes are high when it comes to Cake. This movie produced by Sayed Zulfikar Bukhari, will release all over on 30th March.