A real gravesite for Kevin Spacey’s House of Cards character!

The cause of Frank’s death is mainly kept a mystery over the course of the final season, though it is revealed in last episode! 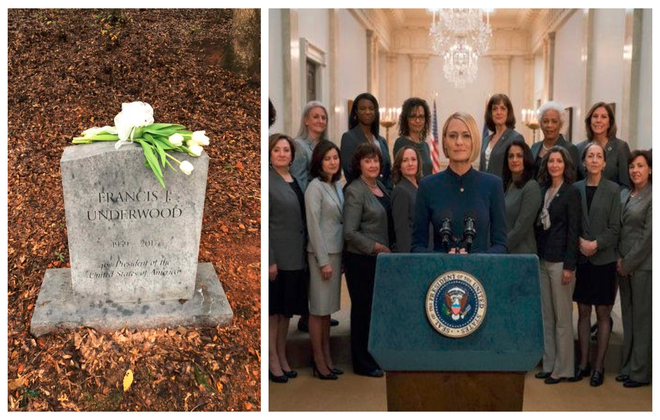 Netflix has set up a gravestone at Oakland Cemetery, a real cemetery in Gaffney, South Carolina, which is also the character’s hometown. The streamer also set up a gravestone for Frank’s father, because according to the show, Frank hated his father and never wanted to be buried next to him. These details are explained by Frank’s wife, Claire Underwood (Robin Wright), in the sixth season. 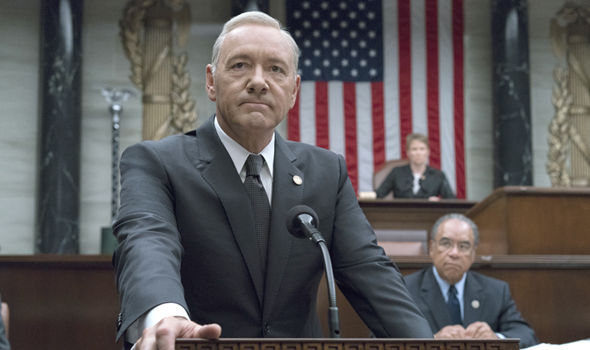 The character was killed off in the sixth and final season of the show, as actor Kevin Spacey was fired from the series while facing allegations of sexual misconduct.

As being reported, the marker will only be there for a limited time; it was placed last Friday and will remain through November 10. Netflix has given a touch of reality to its famous character. 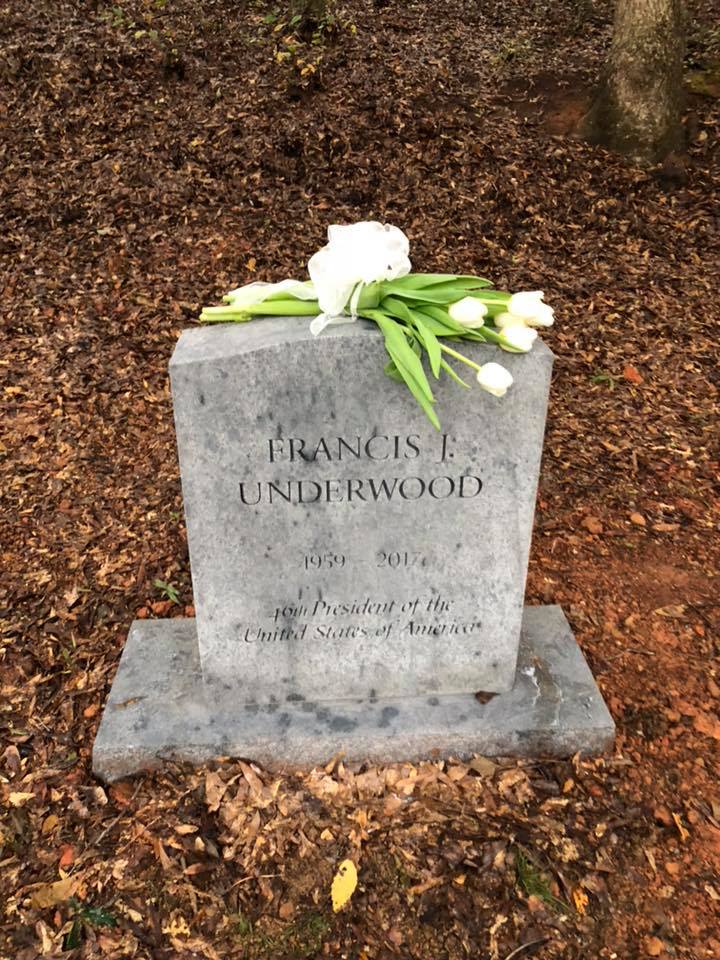 The cemetery is encouraging fans to send in pictures of themselves visiting the gravestone. As being reported the foot traffic has increased in the cemetery tells the outlet, but a few submissions have been received so far.

The obituary note says, “Francis J. Underwood, the 46th president of the United States, a polarizing figure who resigned in March of 2017, died at the age of 58, A graduate of The Sentinel and Harvard Law School, he will be remembered as a lifelong patriot who would stop at nothing to serve his country”.

The cause of Frank’s death is mainly kept a mystery over the course of the final season, though it is ultimately revealed in the season’s last episode.

According to the House of Cards show-runners Melissa James Gibson and Frank Pugliese, killing Frank was not the part of series’ plot until Kevin Spacey was fired. While talking to media, Frank Pugliese told, “It was in the cards, I just didn’t know if we were going to play that card”.

The season 6 also reveals alot of changes made in the cabinet,

tweet
Share on FacebookShare on TwitterShare on PinterestShare on Reddit
Saman SiddiquiNovember 9, 2018
the authorSaman Siddiqui
Saman Siddiqui, A freelance journalist with a Master’s Degree in Mass Communication and MS in Peace and Conflict Studies. Associated with the media industry since 2006. Experience in various capacities including Program Host, Researcher, News Producer, Documentary Making, Voice Over, Content Writing Copy Editing, and Blogging, and currently associated with OyeYeah since 2018, working as an Editor.
All posts bySaman Siddiqui