In Review: Delhi Crime pierces right through your gullible existence

With an excellent a script, precise direction and powerful performances, it is a must watch 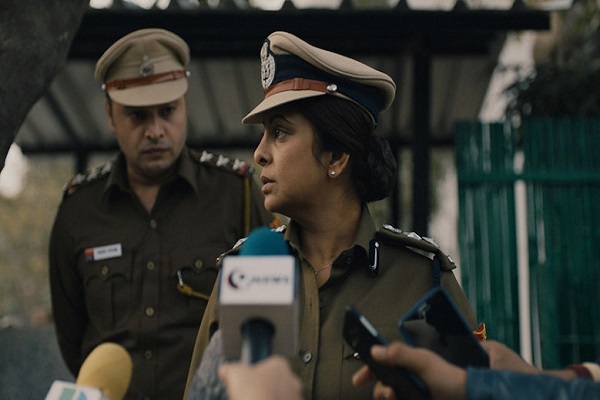 There are different ideas when someone begins working on a film based on actual incident(s). Like, Akshay’s latest nationalist project Kesari; the idea behind it was to rejig history and retelling of a historically uncomfortable truth. And of course making money. It’s an age old tell, which out many reliable sources to confirm this story. But in Modi’s India, what does it matter? Or a film maker can opt to cash in the popularity of a current and relevant star, like in the case MS Dhoni’s biopic. That World Cup final six, was as important a moment in the film as any.

Delhi Crime, a Netflix original is telling the story of the rape case of Delhi 2012, which shook the nation to it cores. This requires sensitivity of the high order. Given the nature of the crime, the film maker had various options to include shock value to this series. Director Richie Mehta refrains, from going gory. It was the easy way out. He needed to channelize our emotions of disgust towards these 6 men. Perhaps to a point, where we hate those who are against instant, mob driven justice. Yet we never see what had happened in the bus. We hear it only. Which is enough, more than enough. Because the director ensures that the act is seen as what it was. An act of barbarity, very few knew humans are capable off let alone owning it.

DSP Vartika Chaturvedi (Shefali Shah) sees victim after the incident as she rushes to hospital. The horrified look at her face, tells its own story. Yet in an instant, she has to gather herself to calm the grieving parents. Abhorrence is simmering, but she has a job to do, a procedure to follow.

A job which is made impossible because an horrified yet baying for blood public protesting at the doors of the police station, an over worked, demotivated, and political police force, a confused male victim, a pestering boss who is under pressure from the political bigwigs, severe lack of resources (human and otherwise), high court which wants to help but is only putting obstacles in her way, a young daughter who wants to leave the country, and perhaps most importantly herself. She is fighting her own thoughts. Like Rohit Sethi’s Simmba, this series asks the question, ‘agar wo tumhari maa behan hoti’ but the context is different. They wanted to capture these creatures to let them go through the legal progress and at no point killing them becomes an option.

The class divide of the show is demonstrated in equally impressive manner. Vartika Chaturvedi is from the upper class. Her team members from varying degree of privilege, down to the new recruit (more on their performances later). 3 of these characters including Vartika, are fighting their own personal problem relating to decisions about their daughters. At one point, she is told that her world is different than that of her subordinates.

The basic question i.e. what is are we trying to say is answered empathically. The how, is equally impressive. As the victim, nears death the walls close in the DSPs team. They are nabbing the culprits one by one, but timing is of essence. In show casing the deep problems of the policing system in the sub-continent, it points towards a larger lack of empathy of the ruling class.

Aside from Shefali Shah, the rest of the cast is equally impressive. Rasika Dugal as the new recruit is plunged into the deep end, and comes out disillusioned from the system. Rajesh Tailang as the DSP’s trusted man, is a pillar of support and provider of rationality in moments of weakness. In fact, they keep a check on each other’s worst (and perhaps justifiable) impulses. We see her daughter only once, but developed a sense of sympathy for her. A police officer, who can wring out confessions from perpetrators of this ghastly crime, becomes meek and febrile when discussing her daughter’s potential in-laws.

The details of this manhunt, one that healed to a degree a country’s open, festering wound are on point. The story of this team, underfunded, not fed, working without a place and at times electricity, should have been told earlier. It gets the directors and actors it deserves. We feel their anguish, and their pain. Like Kamal Khan’s Laal Kabootar, Delhi Crime doesn’t over play with the villainous act of these sick men. Rather it shows them as normal human beings with friends and families. They are amongst us. This is not human, civil is the usual response to such acts. The film makers provide us no comfort there.

There are moments which are not ease to watch, not because they are particularly macabre but how effectively these actors have delivered. It is the crime which made international news but this shows looks at how the police despite their extreme limitations were able to do their jobs.

In a scene, Shefali Shah lets out an almighty grovel, and it pierces right through your comfortable existence.  I cannot gather the courage to watch it for a 2nd time.