An acting slip from drama Mushkil made it very “mushkil” for all to not laugh at! 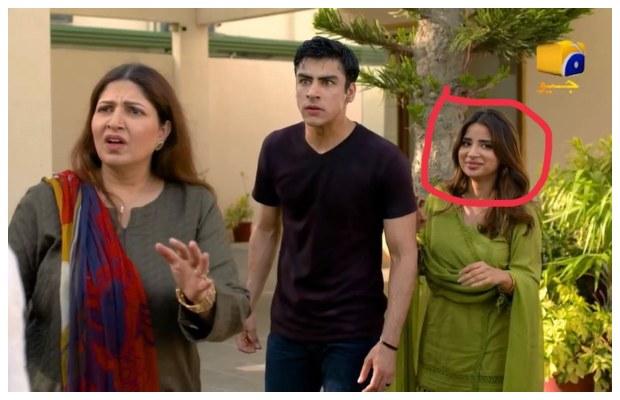 It was the other day when a new episode of Marina Khan’s directorial Mushkil aired.

The drama is based on the story of three friends navigating through love and life.

However, a particular scene; Episode: 33 (34:03); grabbed the eyeballs, showing Faraz (Khushhal Khan) boiling with anger during a fight while for a brief second, Sameen (Saboor) is caught on camera laughing in the background. Ouch, that was completely out of character.

The actor herself could not help herself from laughing at the identified slip-up.

Saboor in her Instagram stories posted some fan edits and memes.

Well, we should appreciate her for being sarcastic over her own mistake as an actress.

Saboor Aly also paid a salute to her editing team on her Instagram stories. 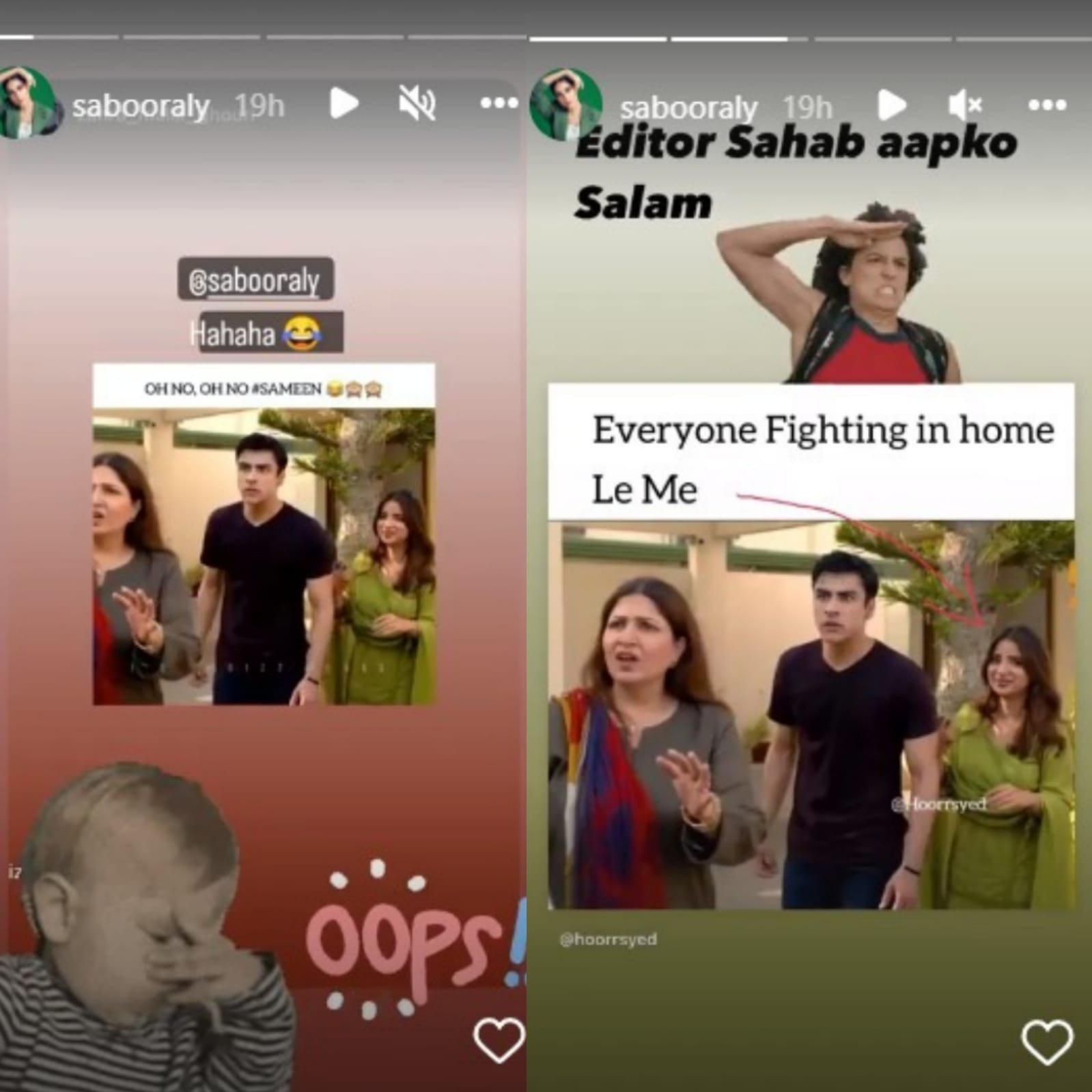 The keen drama watchers were more than quick to pick up the scene that exposed Saboor’s hilarious acting slip.

We are all amazed how the editing team missed that part.

And rest is all trending on social media:

my favourite bit from the entire show is these guys fighting for life and then the camera pans to saboor and the girl is out of her character, laughing.😭🤣 #mushkil pic.twitter.com/NzKnitB8ud