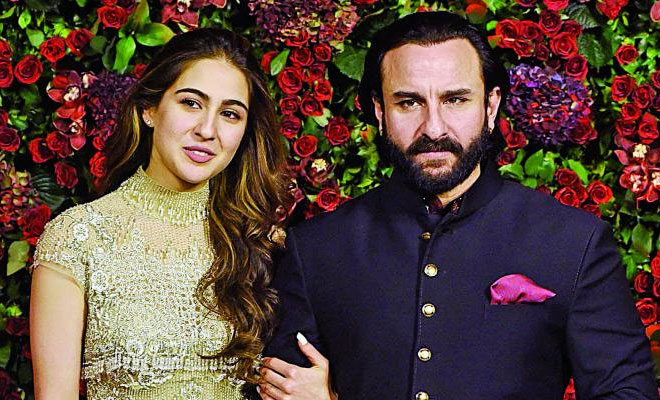 “It is not true at all,” Saif clarified the fact.

It was also exaggerated that actor Kartik Aaryan will be seen playing a role opposite to Sara Ali Khan in Imtiaz Ali’s film.

Earlier too, there were reports that Saif was to star with Sara in a film titled Jawani Jaaneman. It turned out to be a hoax as the film’s plot was that of a 50-year-old man who falls in love with a woman half his age. The role went to Pooja Bedi’s daughter Alaia Furniturewalla.

Reacting to such reports, Sara says, “I would love to do a  film with Abba but the film and our characters must justify our presence. We can’t do a film for the sake of doing.”