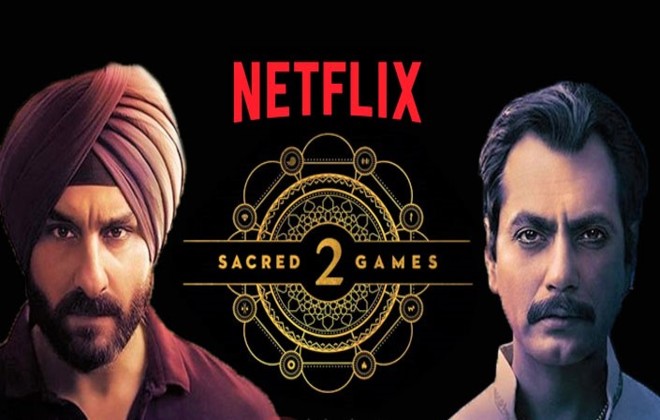 Sacred Games series one of Netflix’s original became the biggest hit last year. Though the series is Indian production, the streaming site had revealed earlier that two out of three viewers of the series were from outside India.

As reported earlier, the shoot for season 2  has already kicked off in. Fans eagerly wait to find out about the lives of Ganesh Gaitonde (Nawazuddin Siddiqui) and Inspector Sartaj Singh (Saif Ali Khan) in the second season.

Recently the Sacred Games casting director Shivam Gupta has revealed that the viewers cannot even imagine how big the second season would be.

He said, “Saif Ali Khan and Nawazuddin Siddiqui will blow your mind away in the second season of the web-series. You cannot even imagine how big it would be.”

“If you were amazed by the actors in the first season, the second one will have talents that have never been seen on screen”, he added further.

Earlier, Nawazuddin Siddiqui in an interview to a publication has also claimed the same. He said, “It should arrive between June and August. You will forget the first season after watching the second season.”

The first season of Sacred Games was co-directed by Gangs of Wasseypur director Anurag Kashyap and Vikramaditya Motwane. For season 2 Neeraj Ghaywan has replaced Motwane as the director.

tweet
Share on FacebookShare on TwitterShare on PinterestShare on Reddit
Saman SiddiquiFebruary 10, 2019
the authorSaman Siddiqui
Saman Siddiqui, A freelance journalist with a Master’s Degree in Mass Communication and MS in Peace and Conflict Studies. Associated with the media industry since 2006. Experience in various capacities including Program Host, Researcher, News Producer, Documentary Making, Voice Over, Content Writing Copy Editing, and Blogging, and currently associated with OyeYeah since 2018, working as an Editor.
All posts bySaman Siddiqui