'Such classics shouldn't be touched at all,' she said. 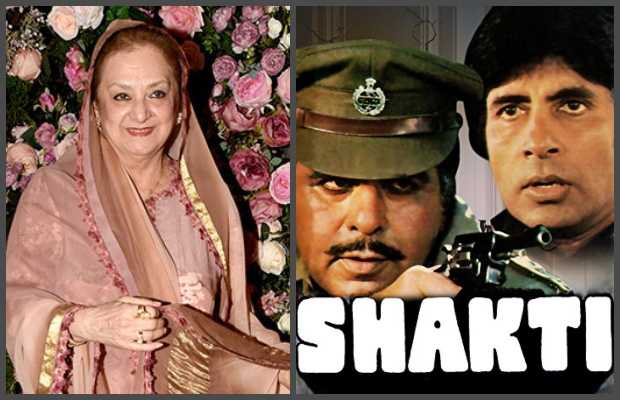 Remakes, remixing, and copying is not new when it comes to Bollywood. However, its not a creative thing to remake the classic films which already have scored high.

Not many knew, Shakti’s core plot was based on the 1974 Tamil film ‘Thanga Pathakkam’.

And after almost 38 years, an adaptation of Ramesh Sippy’s action-packed film is being planned by he Toilet Ek Prem Katha director Shree Narayan Singh.

Reacting to the reports that a remake of Shakti in on cards, Dilip Kumar’s wife and veteran actress Saira Banu showed her dismay.

While talking to a publication, Banu said, “What! Is it really happening? Such classics shouldn’t be touch at all. How can you have people standing in for Dilip Kumar and Amitabh Bachchan who have so much of an aura and grace?.”

“I remember Kamal Amrohi wanted to remake my mother’s film ‘Pukar’ wherein she had played Nur Jahan. Sohrab Modi had decided to produce the remake. They had come home to ask Dilip saab and me to play Nur Jahan and Jehangir. Dilip saab explained to them clearly that ‘senior actors ka ek mukaam hota hai aur hamari rai yeh hai ki in an effort to remake ‘Pukaar’, aap is film ko haath na lagaye’,” she added.