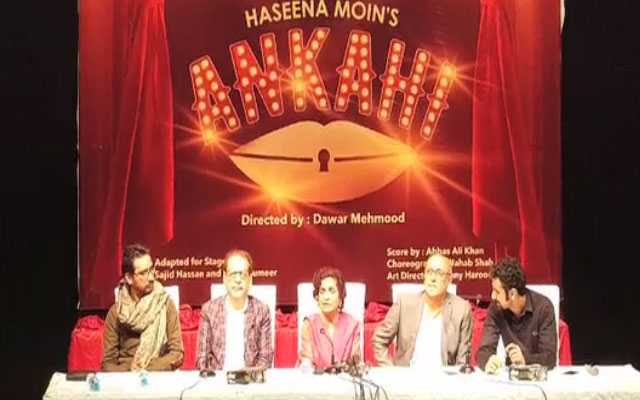 Veteran actor Sajid Hassan has revealed that he was never paid for the PTV famous serial Dhoop Kinare.

Speaking in a press conference at the Arts Council Karachi for Haseena Moin’s upcoming theater play an adaptation from famous PTV drama Ankahi, Hassan laughed out telling the fact that he never received any money for his role in the famous drama Dhoop Kinare.

“I swear to God, I never received any payment for Dhoop Kinare,” he said. Moin said that in the past, T V did not pay drama artists a lot of money.

“We [artists] had no idea how much money we would get for a project,” she said.

Hassan played the role of Dr. Irfan in the drama along with famed actor Marina Khan. His character was a jolly person with an unparalleled witty personality.

While talking about drama Ankahi during the press conference, drama writer Haseena Moin recounted that when she approached actor Shehnaz Sheikh for the lead role, she asked Moin how much money she would get.

Moin revealed that it was later decided that half of Sheikh’s payment would be paid from director Shoaib Mansoor’s own pocket.

“Shoaib decided that half of the money which the TV channel couldn’t manage would be paid from his own pocket,” she said.

However, later she got to know from Sheikh herself that she returned Mansoor’s money as she enjoyed playing her role in the drama.