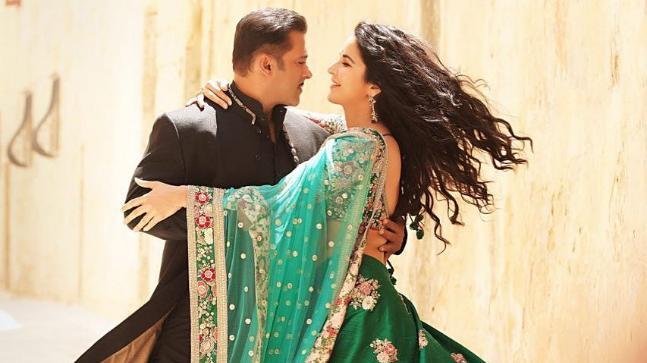 The much hyped Salman Khan-Katrina Kaif starrer Bharat has finally wrapped its shoot and is ready to go into post production. The news was shared by the leading lady of the film, Katrina Kaif, who happen to land the role in Bharat after Priyanka Chopra, walked out of it.

Posting an image with Salman Khan, Katrina wrote, “And that’s a Picture wrap on Bharat its been the most incredible & exciting character for me, the whole process of making this film has been so inspiring …..thank u @aliabbaszafar and @beingsalmankhan @atulreellife ..the bestest boys and Alvira khan ( the bestest girl).”

Katrina has already starred with Salman Khan in a number of films including Tiger, Tiger Zinda Hai amongst others. The last two, Tiger and Tiger Zinda Hai were both directed by Ali Abbas Zafar, who has directed Bharat as well.

Releasing on Eid ul Fitr, Bharat, will star Salman Khan as Bharat and will revolve around his journey for his homeland and discovering the true meaning of his name. Bharat will see Salman Khan essaying various age groups of his character and the actor has been training hard for the role onscreen.