Sequel name will be Sang e Mah, to be followed by Sang-e-Siyah 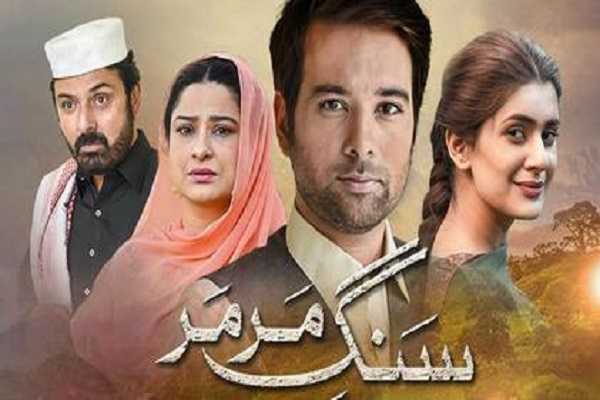 Sang e Mar Mar 2016’s one of the most critically acclaimed dramas at HUM TV is getting a sequel, in fact, a trilogy is being planned based on the hit serial.

Helmed by Saife Hassan, Sang e Mar Mar had a star-studded cast which included Nauman Ijaz, Mikaal Zulfiqar, Sania Saeed, Paras Masroor, Uzma Hassan, and Kubra Khan in the pivotal roles. Set in the beautiful landscape of Swat Valley, Sang-e- Mar Mar is a story of love, hate, family ties and betrayal and much more than that it is highlighting a very important issue of Riba too.

The drama serial bagged several awards for that year. Sang-e-Mar Mar huge success after 5 years now makers releases its sequel’s title and even a possible trilogy for the series has been announced.

Not much details have been given so far as project is in its initial stages. Sang-e-Mah might have the same cast as its prequel series, however the actors might be the same but their characters will going to be different.

Apart from the characters, the source claims that the storyline of the sequel is also going to be different.

It was also revealed that the sequel will lead to making the series a trilogy with the name of the third season with a working title decided as Sang-e-Siyah.

There are many rumors circulating about the casting of new actors in the sequel.

According to the sources Hania Aamir may be seen along with Kubra Khan in the leads.

There are also rumors about casting Atif Aslam or Ahsan Khan as the main male lead.

tweet
Share on FacebookShare on TwitterShare on PinterestShare on Reddit
Rameeza NasimJuly 14, 2021
the authorRameeza Nasim
Rameeza Nasim, a Paralian, passionate about poetry, drama and fiction. By giving drama critiques I feel like I am endorsing the writer's message to the audiences, I love my job. Being a critic responsibility lies on my shoulders to point out the flaws and shortcomings of the play be it on writer's , performers or director's end . I did my Masters in English Literature and Linguistics .
All posts byRameeza Nasim