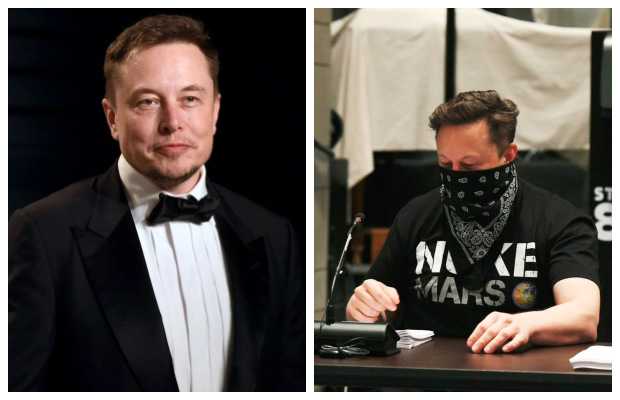 Saturday Night Live has shared the first photo of this week’s host, Tesla CEO Elon Musk, featuring him sitting down for the table read.

The photo was shared on SNL’s official Twitter account without a caption. It shows Musk inside Studio 8H, reading through a script while wearing a T-shirt that says “Nuke Mars” and a loosely fastened black bandana instead of a face mask.

SNL has already invited controversy by inviting the billionaire businessman behind Tesla and SpaceX to host the show,

It seems to be a strange choice for the hosting slot, as the show usually features actors, comedians, and other Hollywood celebrities.

But if one looks back at Musk’s fame,  he has more than 50 million Twitter followers, frequently makes headlines, and is constantly right up there on the list of richest people in the world.

So probably, the sheer fame makes the Billionaire fits in to be a legit qualifier!

Though he has been the target of criticism multiple times for his online trolling, and including his anti-union sentiments. As well as spreading and spreading misinformation about the COVID-19 pandemic, among other issues.

So whatever might be the case, this recent photo has become the talk of the town.  Musk is seen covering his face with a scarf and not a proper face mask. People were quick to object to it.

Why is it so hard to wear a mask?