Radio is available for viewing on SeePrime’s official YouTube channel. 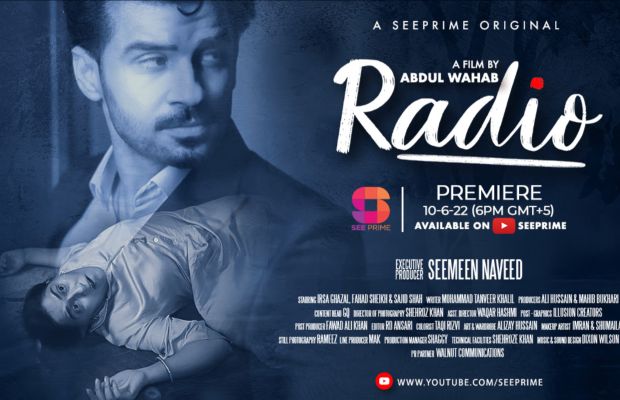 As one of Pakistan’s fastest-growing digital platforms, SeePrime will be releasing its latest short film ‘Radio’, directed by Abdul Wahab on their YouTube channel, on June 10th, 2022.

Radio follows the story of Danial a 27-year-old male who takes care of his psychologically ill aunt, Fatima while hiding his gambling problem. The seemingly naïve Danial pretends to study while looking for a job to help fund his addiction and to settle his debt.

Written by Mohammad Tanveer Khalil, Radio features Irsa Ghazal, Fahad Sheikh, and Sajid Shah as the leading characters who bring to life this murder mystery plot, with its roots in greed, and the human condition of always wanting more. Radio delves into the story of a young boy and his battle with his discontentment with his prevailing financial situation and the lengths he decides to go to, in his greed-riddled pursuit.

“It asks the very important question, ‘how much will be enough’ without ever posing it in a direct way. With these short films, we aim to start conversations that are usually swept under rugs and hope to provide content that sparks introspection and a positive change in our society.” Commented Seemeen Naveed, the executive producer.