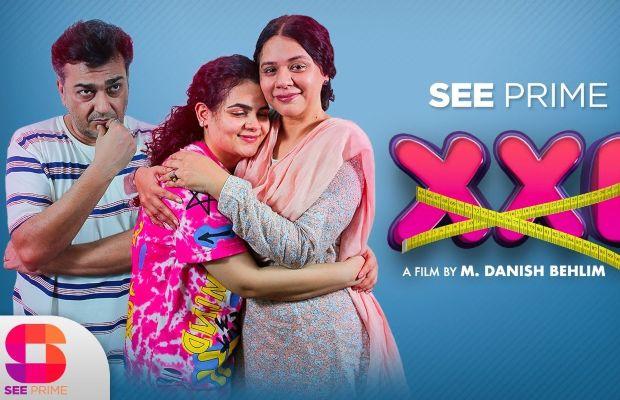 The new short film written by Fatima Faizan follows the story of a young girl who weighs more than what society deems average for girls her age and the effect it takes on her mental health when her mother begins to force her to lose weight.

XXL features big names from the Pakistani media industry with Qudsia Ali in the main role and Salma Hasan and Azfar Ali in supporting roles.

Ms. Seemeen Naveed, the executive producer stated “For too long our society has shamed human beings for being the humans they are. There is a lack of tolerance and acceptance and a silent expectedness for females and males to act and look in certain ways. However, these ideals affect one’s mental health in extreme ways. This production aims to highlight the abuse that is involved in shaming humans for the way they look and forcing them to fit into society’s ideals and the consequences that can follow. As with all of SeePrime’s shorts, we hope to provide content that sparks introspection and a positive change in our society.”

SeePrime is a subdivision of Seeme Group of companies, which is one of the most esteemed full-service production companies in Pakistan. SeePrime; their newest entertainment medium has been launched on YouTube; with the aim of altering the digital entertainment landscape.