Series on Netflix that are worth binge-watching

Wondering what to enjoy on the biggest online streaming giant? 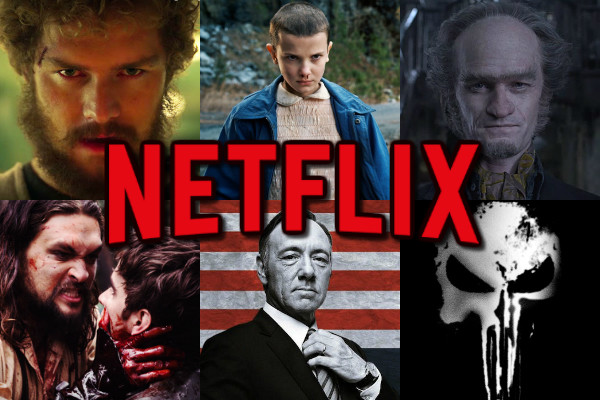 Netflix has changed the way we once viewed series and TV shows. It has definitely become an important part of leisure time for most people around the world. As a matter of fact, most Netflix original series are worth watching, while there are other shows and movies that are available there to be watched. However, here are some series from Netflix that are worth binge-watching. Yes, they can keep you stuck to your screens for days!

Who doesn’t love crime fiction? But what if it is not fiction at all?

Narcos is a real-life adaptation of the life of an infamous yet scandalous drug lord named Pablo Escobar. Thrilling, intriguing and excellently filmed, this series is definitely going to fulfill all your entertainment cravings with lots of drama and adventure.

Allegedly inspired by true events, this series follows the story of experimental projects that involved humans with superhuman abilities. It is hard to say whether or not it is 100% scientifically correct and is inspired by real-life events or is just a work of fiction; either way, this is something you would never want to miss. Edgy production and exceptional acting by the whole cast makes it worth watching.

Happy valley involves the story about plans that go horribly wrong. Natural acting and delivery are what make this series more captivating, and of course, the storyline is absolutely top-notch.

Probably one of the longest running series, Breaking Bad follows the story of a high-school chemistry teacher whose life takes extremely dramatic and adventurous turn towards something he would’ve never imagined of. This super intense and intriguing series will not let you leave your screens till you finish all the seasons, seriously!

House of cards (Number of seasons: 05)

It’s true that House of cards went through a lot of drama after Kevin Spacey’s scandal. But it is known that it is coming back for the sixth season in November of 2018.

Another long-running series, this one is the best leisure time activity for those who are into political drama or political crime-fiction stuff. An absolutely enthralling, extremely fascinating and flawlessly produced series, House of cards makes sure that your time doesn’t go wasted.

Do you have any favourites from Netflix? Let us know what we have missed in the comments below!