AAGAHI is a public service campaign which aims to educate women about their legal rights in Pakistan. 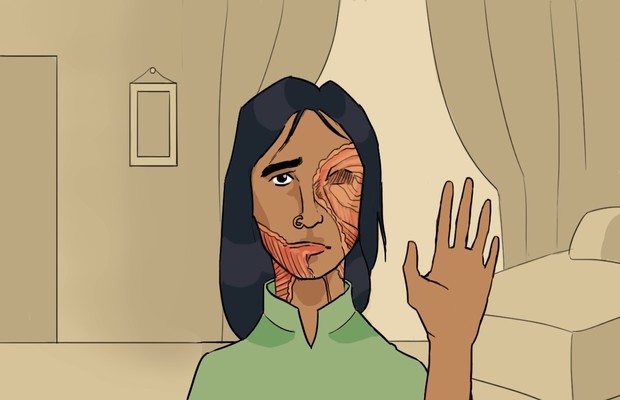 The eighth animated short film, “Acid Crimes” seeks to inform viewers on the various forms of what constitutes an acid crime, specifically with the intent of harming another human being.

Read More : Sharmeen Obaid-Chinoy‘s fourth and final part of Shattering the Silence “CHILD SAFETY – Ways to Protect Yourself” is out

The video discusses punishments for convicted offenders, illegal usage and sale of acid and other corrosive chemicals which are punishable by the Pakistani legal system, including a sentence of 14 years jail, life imprisonment, a 1 Million Rupee fine or all of the above.

It also advises on safety measures that can be taken subsequently if involved in an incident. The film ends by providing viewers with contact information for various helplines, women’s shelters, counseling services, and legal support services available to acid attack survivors.

AAGAHI is a series of 14 short animated films conceptualized, produced and directed by SOC Films, helmed by Two-Time Academy Award Winner Sharmeen Obaid-Chinoy, which cover topics such as the law, its interpretation, and the safety that it provides to the victim. This will also include the legislation, as stated in the Pakistan Penal Code, and the various case laws, which have been passed or revised in recent years.

tweet
Share on FacebookShare on TwitterShare on PinterestShare on Reddit
Saman SiddiquiSeptember 4, 2019
the authorSaman Siddiqui
Saman Siddiqui, A freelance journalist with a Master’s Degree in Mass Communication and MS in Peace and Conflict Studies. Associated with the media industry since 2006. Experience in various capacities including Program Host, Researcher, News Producer, Documentary Making, Voice Over, Content Writing Copy Editing, and Blogging, and currently associated with OyeYeah since 2018, working as an Editor.
All posts bySaman Siddiqui