In the last episode of khuda aur mohabbat, Nazim shah slaps his wife Sahiba while questioning her about her visit to the mazaar with Mahi 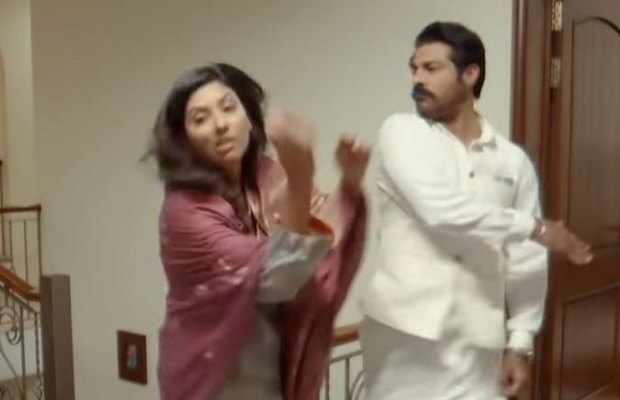 The criticism comes from the Sindh Assembly member after the latest episode of the hit Geo Entertainment serial showed a scene in which Nazim Shah (Sohail Sameer) slapped his wife (Sunita Marshall).

Sharing a screengrab of the scene from the drama, Sharmila Faruqi said:

“Why can’t our dramas show a husband having a normal conversation with his wife? Why do our women have to be resorted violence and physical abuse at the drop of a hat? What you show in these dramas is what most of our people will emulate. In the last episode of Khuda aur Mohabbat, Nazim Shah slaps his wife Sahiba while questioning her about her visit to the mazaar with Mahi.”

“This could have been a very normal conversation between the couple but unfortunately, our writers revel in the fact that once a man is angry he will resort to violence towards the women in his life. Can we show some decent man who does believe in respecting a woman?” PPP leader concluded. 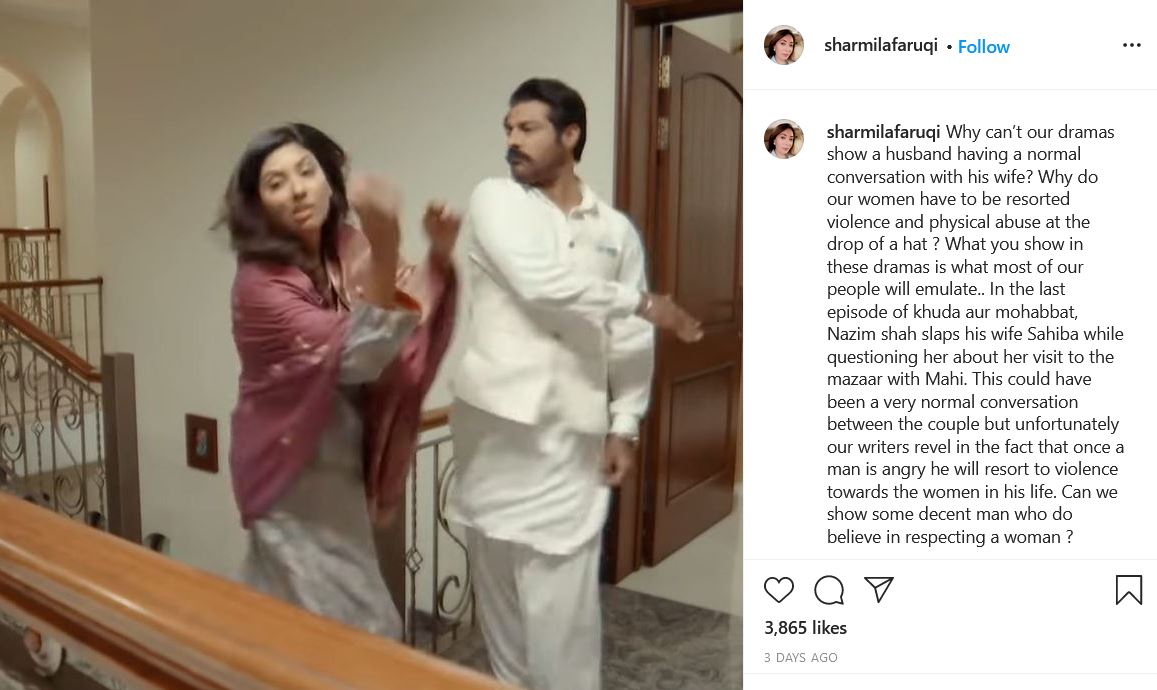 It seems like Sharmila is keeping a keen eye over Pakistani dramas’ content. Earlier she schooled Gohar Rasheed for his stance on the slap scene in Laapata.

And also criticized the scene of drama Laapata featuring Ayeza Khan as Geeti the TikToker harassing a shopkeeper.