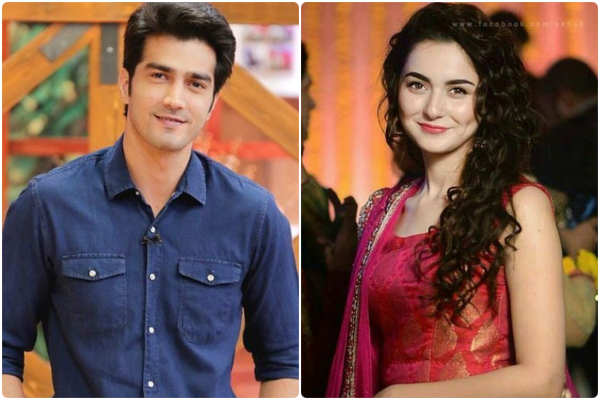 After delivering a hit performance in Tabeer and the most trending drama Ghar Titli Ka Par, Shehzad Sheikh has moved onto his next project, and this time, he’s working on an entirely different character and in a very unique setting. Pairing up with the gorgeous beauty, Hania Aamir, Shehzad Sheikh, is all set to become a Nawab in his next.

Talking to OY, all the way from Chitral, where the drama is being currently shot, Shehzad Sheikh let us in on his character, Areesh, who is a Nawab. “Kainaat revolves around two, modern day Nawab families based in Chitral. This one is a love story but with a mix of relationships, emotions and a lot of twists. My character Areesh is interested in Dani, played by Hania Aamir.”

On shooting with Hania Aamir and Naimal Khawar, Shehzad was all praises for his co-actors. “Hania is a burst of energy. She’s chirpy and brings an energy on the sets. Its been an amazing experience working with her. Although I don’t have much scenes with Naimal, it has also been a fun experience altogether on the sets, with a lot of energy buzzing around.”

Shehzad Kashmiri recently delivered a hit with Yakeen Ka Safar and so expectations are really high this time from his next directorial. Shehzad describes working with Kashmiri as a fine experience because the director knows what he wants from his actors and gets it done with ease.

The shoot for Kainaat is going on up North in Chitral. Shehzad describes the experience as something entirely new for him because of the weather conditions. “Its quite cold here in Chitral which is something new for me. We still have a 15/20 day spell left and the weather is growing pretty cold which adds to the entire experience of shooting the play.”

Shehzad Sheikh is currently busy shooting for Kainaat, which is slated to go on air sometime next year on Hum TV. After Kainaat, Shehzad will get busy with the shoot for Wajahat Rauf’s Karachi Se Lahore 3, which goes on the floors in December this year.