We bet its going to be something huge! 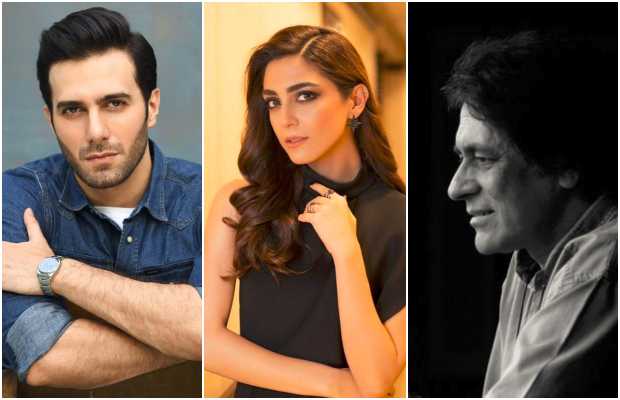 Yes, you heard it right, Pakistan’s greatest showman is all set to bring another master piece to the silver screen.

As being reported Shoaib Mansoor’s upcoming film will feature Maya Ali And Emmad Irfani in the lead roles. Yet indeed it’s a great news for Pakistani cinema which has been marred with the global pandemic.

The film, whose title is yet to be disclosed is expected to go on floors this Decemeber.

Maya Ali made her film debut with Teefa In Trouble (2018) starring opposite Ali Zafar was a huge hit at the box office. Her second film was another hit, a romantic-comedy Parey Hut Love released in 2019 paired along Sheheryar Munawar.

Meanwhile, Emmad Irfani had a cameo in 2018’s 7 Din Mohabbat In.

We bet it will be an intense chemistry between Maya Ali and Emmad Irafni paired togather under Shoaib Mansoor’s supervision.

Shoaib Mansoor’s last film was Verna, a 2017 social-drama film; written, directed, and produced by him under his Shoman Productions.

There is more to come about this film and we will be gladly updating you about it.

tweet
Share on FacebookShare on TwitterShare on PinterestShare on Reddit
Saman SiddiquiOctober 21, 2020
the authorSaman Siddiqui
Saman Siddiqui, A freelance journalist with a Master’s Degree in Mass Communication and MS in Peace and Conflict Studies. Associated with the media industry since 2006. Experience in various capacities including Program Host, Researcher, News Producer, Documentary Making, Voice Over, Content Writing Copy Editing, and Blogging, and currently associated with OyeYeah since 2018, working as an Editor.
All posts bySaman Siddiqui