The slap has stirred up controversy on social media. 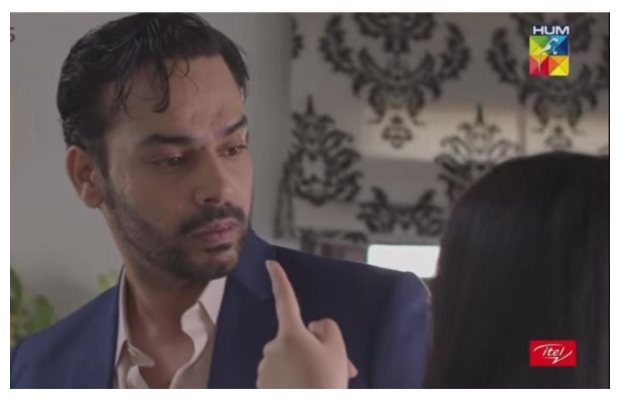 Mirza Gohar Rasheed shares his thoughts on the slap scene from Laapata!

A scene from his ongoing drama on HUM TV ‘Laapata’ has gone viral on social media.

Daniyal (played by Mirza) received a slap from Falak (played by Sarah Khan), his wife, after he slaps her.

“I hate the display of physical abuse on television,” he wrote on Instagram.

He went on to say: “This is why I have always refrained from doing it in at least my own characters. It’s unfortunate but it has been done so frequently on our television that it’s almost become a subconscious reality for us. Apparently, physically abusing women is “fine” and any misogynistic, spineless man can get away with it, just like Daniyal thought in yesterday’s episode of Laapata.

“It may sound strange but the slap scene was the only reason as to why I took up the character of Daniyal, to prove that oppression is a choice,” he continued. “If any insecure man with his fragile ego tries his ‘so called’ muscles on you, make the choice that Falak did, without any fear! One tight slapback from a brave woman to such a weak man in our society would be a giant leap for womenkind. We need such examples to be made by such women of strength, to empower women for their own safety, their well-being [and] self-respect. A scene [like this] that is so powerful, I hope that its effect is even more impactful on our women.”