Released by Refinery29, it’s the first time an all Pakistan crew has created a global series. 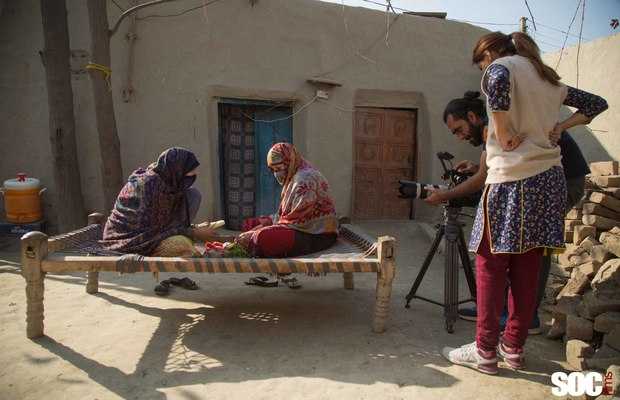 Indeed, with this series, SOC Films aims to present and empower the next generation of non-fiction filmmakers in Pakistan. This is also the first global series to be officially presented and released by YouTube Originals and Refinery29.

A production of SOC Films and Global Fund for Women, FUNDAMENTAL follows dynamic activists from five countries who are disrupting the status quo and radically altering the course of history for women and girls – and all historically marginalized people and communities globally.

“FUNDAMENTAL takes us into the lives of gender justice activists around the world who are working to create change at the grassroots level. The activists you will meet in the series are on the front lines of human rights issues, risking everything, yet they are rarely made visible. Our films provide a better understanding of their struggles and show us an intimate portrait of what it means to be a frontline advocate in today’s volatile world. Within movements, there is a great community, and there is solidarity in knowing there are others alongside you –your neighbors in your city as well as those across the globe –who are also fighting for justice. From Brazil and the United States to Kenya, Pakistan, and Georgia, these inspiring activists refuse to accept the status quo, agitating and organizing to create safe spaces and a safer world for other women. It is my hope that the series will inspire viewers to learn more about these issues, and join the fight for gender justice alongside these incredible activists.” said Sharmeen Obaid-Chinoy.

In FUNDAMENTAL, the first episode from Pakistan, “Rights Not Roses” focuses on ending child, early, and forced marriages in Pakistan and how community leaders are addressing the root causes of the issue. In this episode, the audiences get to hear directly from Zarmina, her family, and a network of community activists fighting to end the scourge of early and forced marriage in Pakistan, where 21% of girls are married before the age of 18. These include Rukhshanda Naz, a human rights attorney and long-time gender rights leader who is fighting in Pakistan’s courts to extricate girls like Zarmina from early and forced marriages, and whose passionate advocate for ending child marriage is formed by her family’s own experiences with the issue.

The first episode from Pakistan, “Rights Not Roses” can be viewed at YouTube:
https://youtu.be/ivjiu39NQvU

tweet
Share on FacebookShare on TwitterShare on PinterestShare on Reddit
Saman SiddiquiMarch 7, 2020
the authorSaman Siddiqui
Saman Siddiqui, A freelance journalist with a Master’s Degree in Mass Communication and MS in Peace and Conflict Studies. Associated with the media industry since 2006. Experience in various capacities including Program Host, Researcher, News Producer, Documentary Making, Voice Over, Content Writing Copy Editing, and Blogging, and currently associated with OyeYeah since 2018, working as an Editor.
All posts bySaman Siddiqui