Sonic The Hedgehog trailer is out and people are having visceral reactions to it.

Live-action film is slated for a November 8 release. 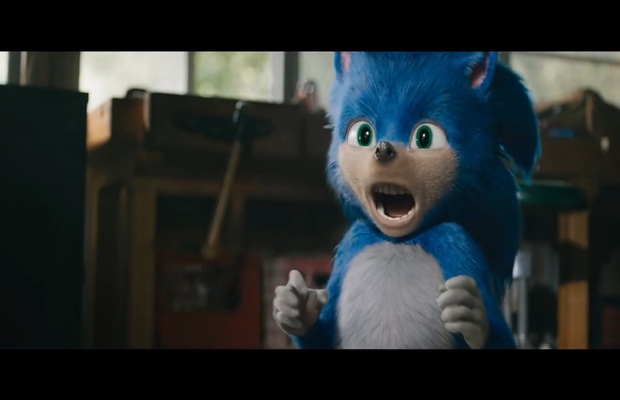 The filmmakers have finally released the trailer of the first live-action adaptation of iconic video game Sonic The Hedgehog.

Hollywood stars Jim Carrey as the supervillain, Mr. Robotnik and Ben Schwartz as the voice of Sonic will be returning to the screen.

Video games have fascinated the Hollywood filmmakers for sure. There have been a lot of adaptations of video games and there are a few numbers of films, big and small, based on filmmakers’ choice of iconic video games. But most have failed to crack the code, again and again.

According to the official synopsis of the film: SONIC THE HEDGEHOG is a live-action adventure comedy based on the global blockbuster videogame franchise from Sega that centers on the infamously brash bright blue hedgehog.

The film follows the (mis)adventures of Sonic as he navigates the complexities of life on Earth with his newfound – human – best friend Tom Wachowski (James Marsden).

Sonic and Tom join forces to try and stop the villainous Dr. Robotnik (Jim Carrey) from capturing Sonic and using his immense powers for world domination. The film also stars Tika Sumpter and Ben Schwartz as the voice of Sonic.

Here have a look at the newly released trailer:
https://www.youtube.com/watch?v=FvvZaBf9QQI

As soon as the trailer of the live-action Sonic The Hedgehog landed, people are having visceral reactions to it.

Maybe the reason is that adopting a beloved ’90s video game character is a losing proposition even after the stiff attempt.

OMG I need to see the Sonic movie for this man alone! Jim Carrey is gonna kill it! pic.twitter.com/HtuRj6z8ZK

The live-action film is directed by Jeff Fowler, who is all set to make his directorial debut.
Sonic The Hedgehog is slated for a November 8 release.