SRK visits Dilip Kumar and its breaking the internet!

The pictures are surely for keeps 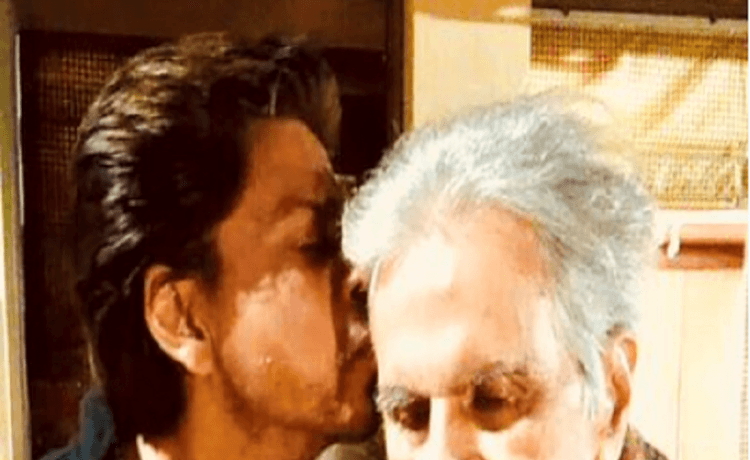 King Khan visited the veteran superstar at his residence; the click from the meeting is surely for keeps. Meanwhile it does give a glimpse of frail looking Dilip Saab, it also lets us know that he is doing well. Shahrukh Khan is also known as the proclaimed son of Dilip Kumar.

Another statement was posted lately regarding SRK visit to see Dilip Kumar from the official twitter account representing Dilip Kumar,

The veteran actor from Bollywood, who ruled over the hearts for decades, is in his 90’s, real name Yousuf Khan, few days back went severely ill with mild attack of pneumonia. Fans were asked to pray for his health. The message went viral on social media and when he felt better fans were updated via tweet saying,” Dilip Saab is much better and has been treated for pneumonia. Allah ka shukr hai. Gonna post latest pic in next tweet.”

On December 11th, 2017, Dilip Kumar celebrated his 95th birthday. People and loved ones came to celebrate his big day; fans tweeted thousand times to send him wishes. Saira Bano sent message to all his fans for the birthday wishes.

It did came as a surprise for the fans that SRK paid his visit and there were reasons for the photo shared on social media to get viral. However, SRK is known to be very close to Dilip Kumar and Saira Bano and is a frequent visitor at Yousuf’s Residency including all celebrated occasions. He dropped by the evening, day before yesterda and the clicked photo was posted to be shared with the fans.

tweet
Share on FacebookShare on TwitterShare on PinterestShare on Reddit
Saman SiddiquiFebruary 15, 2018
the authorSaman Siddiqui
Saman Siddiqui, A freelance journalist with a Master’s Degree in Mass Communication and MS in Peace and Conflict Studies. Associated with the media industry since 2006. Experience in various capacities including Program Host, Researcher, News Producer, Documentary Making, Voice Over, Content Writing Copy Editing, and Blogging, and currently associated with OyeYeah since 2018, working as an Editor.
All posts bySaman Siddiqui