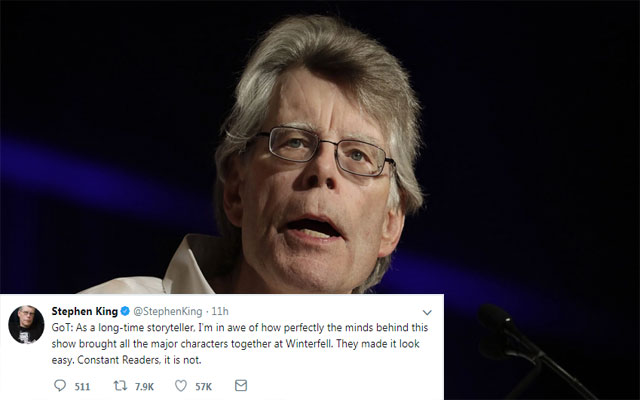 The author, Stephen King, who is now obsessed about the ongoing situations in the seven kingdoms of Westeros, shared his thoughts on the current season proving that he’s also a fan of the fictional adventure. 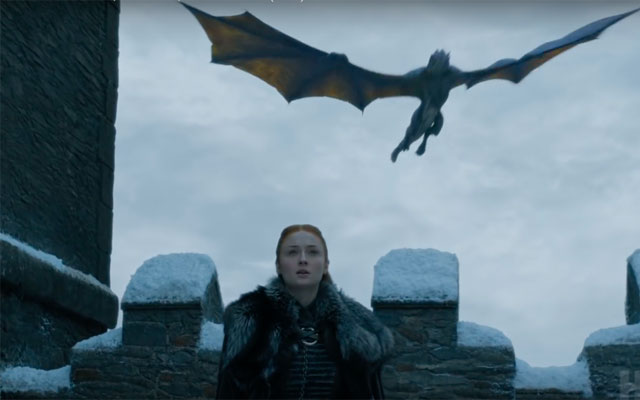 The author, from his busy schedule of writing, took time out to share his opinions following the latest episode of GoT season 8.

King shared that how smooth is the script of drama that brought all major characters together much easily. He Tweeted:

“GoT: As a long-time storyteller, I’m in awe of how perfectly the minds behind this show brought all the major characters together at Winterfell. They made it look easy. Constant Readers, it is not.” 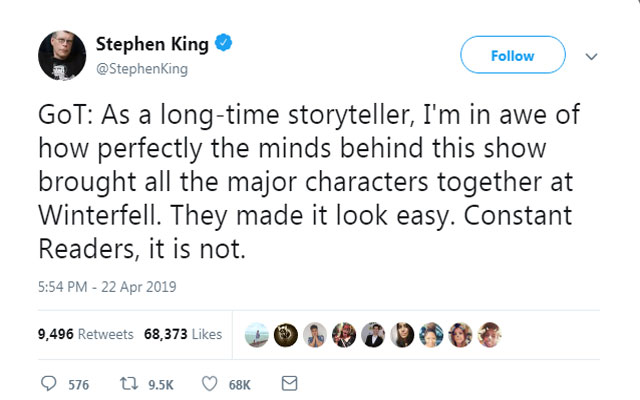 The review from the author who has already published 60 novels around the world is worth noting. King had his writing adapted into various box-office mega-hit movies. So, the series has secured a pretty high compliment. 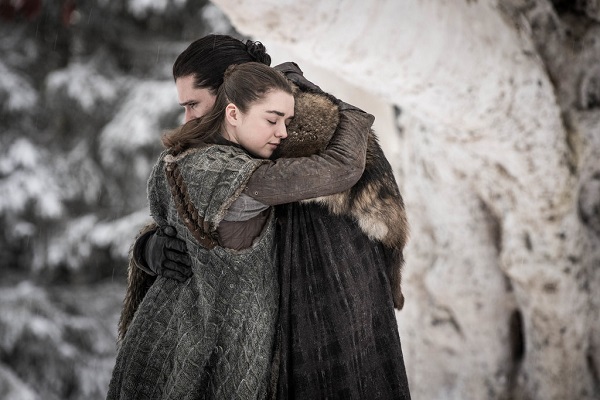 Now, we’ll have to wait and see how many of the potential characters bite the dust in the upcoming episode.