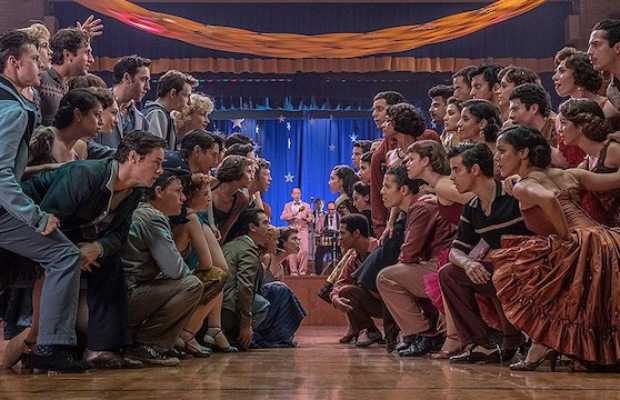 West Side Story is the much anticipated upcoming American romantic musical drama film being directed and co-produced by Steven Spielberg, with a screenplay by Tony Kushner.

The remake of the 1961 classic stars Ansel Elgort Tony and Rachel Zegler as Maria in the lead roles.

It’s going to be really interesting to see this new version of West Side Story which will be releasing 50 years after the original film musical, which itself was adapted from the Broadway production by Arthur Laurents, Leonard Bernstein and Stephen Sondheim.

Set in New York City in the 1950s, the film is loosely based on Shakespeare’s Romeo and Juliet. It follows teenagers Tony and Maria as they fall in love but there is a problem.

As each of the youngsters has affiliations with rival street gangs! So now we can guess how an intense musical is going to be packed with action!

The film has been awaiting its release after being delayed a year owing to the pandemic, though the film had wrapped up the shoot back in October 2019.

“This has been a journey without precedence: a joyful, stunning, moving, and endlessly surprising encounter with the story and score of one of the world’s greatest musicals,” Spielberg wrote in a letter to audiences when the shoot was wrapped up.

“We filmed West Side Story all over New York, Flatbush to Fort Tryon Park. The city lent us its beauty and its energy, and we drew deeply upon its grand multicultural, multifaceted spirit,” he added.

If the plans go unchanged the film will now be arriving on December 10th.

tweet
Share on FacebookShare on TwitterShare on PinterestShare on Reddit
Saman SiddiquiApril 27, 2021
the authorSaman Siddiqui
Saman Siddiqui, A freelance journalist with a Master’s Degree in Mass Communication and MS in Peace and Conflict Studies. Associated with the media industry since 2006. Experience in various capacities including Program Host, Researcher, News Producer, Documentary Making, Voice Over, Content Writing Copy Editing, and Blogging, and currently associated with OyeYeah since 2018, working as an Editor.
All posts bySaman Siddiqui