The documentary is about allegations of child sexual abuse made against the late Michael Jackson. 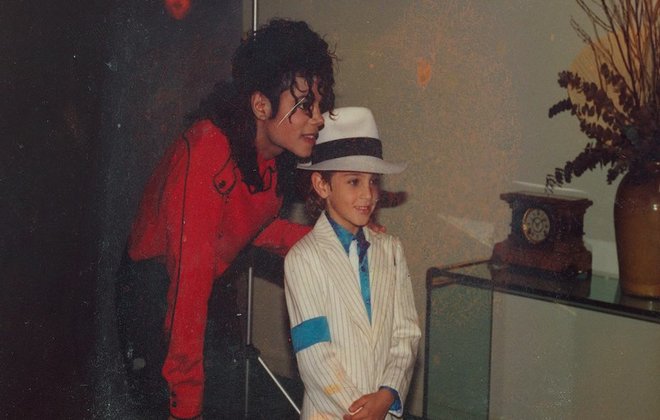 The Michael Jackson documentary ‘Leaving Neverland’ had its world premiere on Friday, 25th January at the Sundance Film Festival in Park City, Utah.

The four-hour documentary, is about allegations of child sexual abuse made against the late King of Pop, Michael Jackson, that he was a molester and a pedophile. The documentary will air on HBO and Channel 4 in the UK.

Good morning from #Sundance 2019. ❄️ The lines have already started forming, with this one for the premiere of the controversial Michael Jackson doc, #LeavingNeverland, in which 2 men detail MJ’s alleged sexual abuse when they were 7 and 10 https://t.co/hVBCkT9QEg pic.twitter.com/jemngY6LBT

Dan Reed’s film features two accusers, Wade Robson, and James Safechuck, both in their late 30s, describe intense and graphic acts they say Jackson committed against them. The film suggests that they were far from the only victims.

Robson met Jackson through a dance competition at age 5 and alleges the sexual abuse began when he was 7. Safechuck was cast in a Pepsi commercial starring Jackson around age 8, and the alleged abuse began after months of close friendship.

Michael Jackson estate has issued a statement on the documentary, which says:
“Leaving Neverland” isn’t a documentary, it is the kind of tabloid character assassination Michael Jackson endured in life, and now in death. The film takes uncorroborated allegations that supposedly happened 20 years ago and treats them as fact. These claims were the basis of lawsuits filed by these two admitted liars which were ultimately dismissed by a judge. The two accusers testified under oath that these events never occurred. They have provided no independent evidence and absolutely no proof in support of their accusations, which means the entire film hinges solely on the word of two perjurers.

Controversy surrounds the documentary as both Robson and Safechuck testified, during Jackson’s first criminal trial for child sexual abuse, that he was innocent. And that he had never done a thing to them that was inappropriate.

The screening has withdrawn emotional responses. Many of the critics did not get into the specifics of the film, though there were a few details revealed on Twitter.

Though Jackson family did not try to stop the screening in any way, but the King of Pop’s nephew did urge his Twitter followers to boycott Sundance sponsors.

Among the many, many disturbing revelations of #LeavingNeverland: MJ gave one of his young male victims jewelry in exchange for sexual acts, and even staged a mock wedding complete with vows and diamond ring. #Sundance2019

This is FICTION- Try research- Wade Robson has continually changed his story to suit his ever changing egotistcal needs- He didn't get hired by the Estate so BOOM allegations came forth- it's a repeat of 1993 extortion of MJ except MJEstate said "F*ck off" #LeavingNeverland FARCE https://t.co/X3Z6LBLW3F

Here is a reminder. All those people & fans attending the screening of #LeavingNeverland at the @sundancefest please stay for the Q/A. We all know the facts so let them face it. Attack them with factual receipts ,ask them tough intriguing questions. Burn them with shame.

Really can’t wait to view the #LeavingNeverland documentary. I stand with the victims.

I can already see the media describe this documentary as "compelling" , "moving", "heart-wrenching" – and that without having the slightest idea about the case and what transpired in court about these two liars. SMH. #LeavingNeverland

The people at Sundance are believing these lies because of the shock factor, they will believe anything bad said about Michael simply because he is Michael Jackson, an easy target for all this hate #LeavingNeverland

tweet
Share on FacebookShare on TwitterShare on PinterestShare on Reddit
Saman SiddiquiJanuary 26, 2019
the authorSaman Siddiqui
Saman Siddiqui, A freelance journalist with a Master’s Degree in Mass Communication and MS in Peace and Conflict Studies. Associated with the media industry since 2006. Experience in various capacities including Program Host, Researcher, News Producer, Documentary Making, Voice Over, Content Writing Copy Editing, and Blogging, and currently associated with OyeYeah since 2018, working as an Editor.
All posts bySaman Siddiqui