The standalone sequel’s director, James Gunn took to social media to made the announcement. Stallone has previously worked with Gunn in Guardians of the Galaxy Vol.2.

However, it is not revealed yet  which character Stallone will be playing. According to Gunn, film has concluded filming earlier in Feburary.

In an Instagram post, James Gunn shared,“Always love working with my friend @officialslystallone & our work today on #TheSuicideSquad was no exception. Despite Sly being an iconic movie star, most people still don’t have any idea what an amazing actor this guy is.” 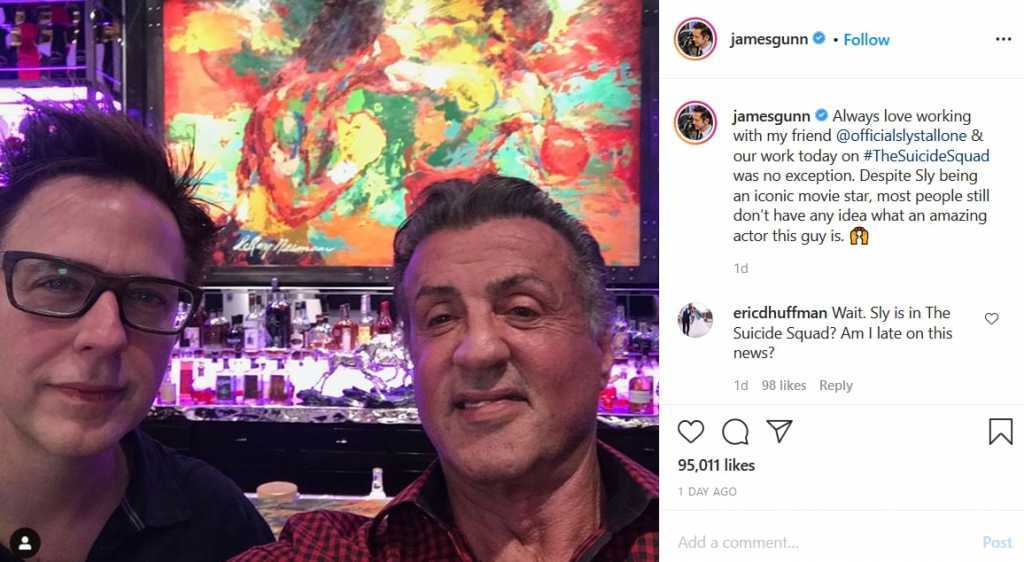