The teasers for Lashkara promise a colorful, interesting play!

This one seems to be our next favorite on ARY Digital! 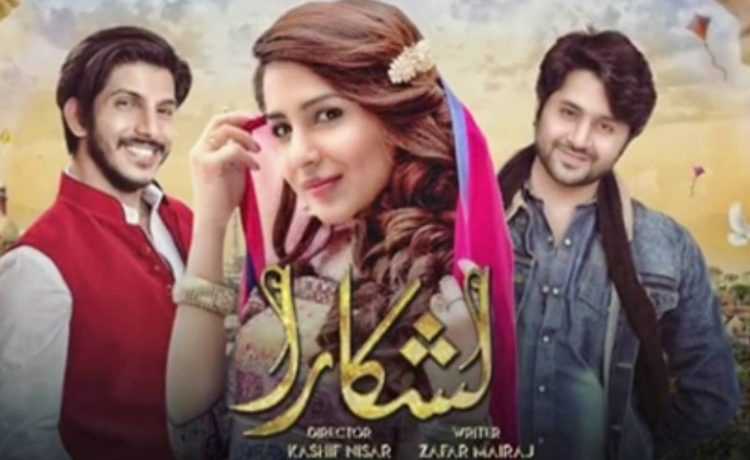 This year seems to be one of the most productive when it comes to television content. We already have some amazing content lined up for the year and now, with each one beginning to unfold, we’re certain about an entertaining and very dramatic year ahead.

When we talk about entertaining dramas that are yet to be aired, we’re specially mentioning the upcoming serial Lashkara, starring Ushna Shah, Mohsin Abbas Haider and Imran Ashraf. Teasers for the drama have already started doing rounds on the channel and trust me, they look as vivacious and as interesting as anything could be.

Directed by O Rangreza famed Kashif Nisar, Lashkara too has a very artistic feel to it. The teasers hit you right in the feels, giving you a glimpse of Bubbly’s vibrant personality and how she’s loved by all men around her. Ushna Shah as Bubly looks splendid. The girl really has some serious potential and since we were waiting to see her in a serial after Alif Allah aur Insaan, we’re sure, Lashkara and Ushna as Bubbly will not disappoint.

Mohsin Abbas Haider is a versatile actor and he doesn’t need to prove so. We’ve been smitten by him in Meeras and now, his character in Lashkara also has us intrigued. We love Mohsin’s intensity and are waiting to see how life is going to transform for his character of a pakora seller in Lashkara.

Imran Ashraf also happens to be one of our favorite and since we know he has an exceptional chemistry with Ushna Shah, not to forget the two of them in Alif Allah aur Insaan, we’re eagerly waiting for the magic to unfold on screen with Lashkara.

Penned down by Zafar Mairaj and produced by Six Sigma Production, Lashkara is all set to grace screens soon, only on ARY Digital!

tweet
Share on FacebookShare on TwitterShare on PinterestShare on Reddit
Rameeza NasimMarch 16, 2018
the authorRameeza Nasim
Rameeza Nasim, a Paralian, passionate about poetry, drama and fiction. By giving drama critiques I feel like I am endorsing the writer's message to the audiences, I love my job. Being a critic responsibility lies on my shoulders to point out the flaws and shortcomings of the play be it on writer's , performers or director's end . I did my Masters in English Literature and Linguistics .
All posts byRameeza Nasim