Arnold Schwarzenegger and Linda Hamilton are back together nearly after four decades with this 6th instalment of Terminator franchise. 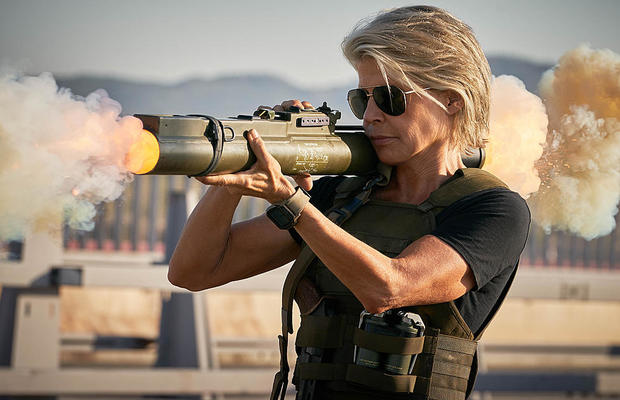 The first teaser trailer of Terminator: Dark Fate is out. It’s nearly been four decades as Arnold Schwarzenegger and Linda Hamilton are back in the action-packed sequel of the franchise’s previous films, “The Terminator” and “T2: Judgment Day.”

The newly released trailer reveals, Sarah Connor is back in action defending the world against evil robots form the future while introducing Mackenzie Davis as a new hybrid terminator/human, Grace.

“Never seen one that looks like you,” Connor says to Grace “Almost human.”
“I am human,” Grace responds.

The trailer opens up with showing new additions of the franchise Mackenzie Davis and Natalia Reyes, who are being chased by a Terminator (Gabriel Luna), meanwhile, Sarah Connor steps out, shooting the terminator. Yes, there is a lot of action out there like previous films.

The 2:38 duration does give the hint that this sequel will be relegating the events of the intervening films to alternate timelines.

There is much more to come, last but not the least We also get a short glimpse of T-800 reuniting with Sarah.

This highly anticipated film is directed by Tim Miller, while the sequel is produced by James Cameron. Terminator: Dark Fate is slated to release on November 1, 2019.