Suhana Khan, Khushi Kapoor and Agastya Nanda will be making their Bollywood debuts with the Zoya Akhtar directorial. 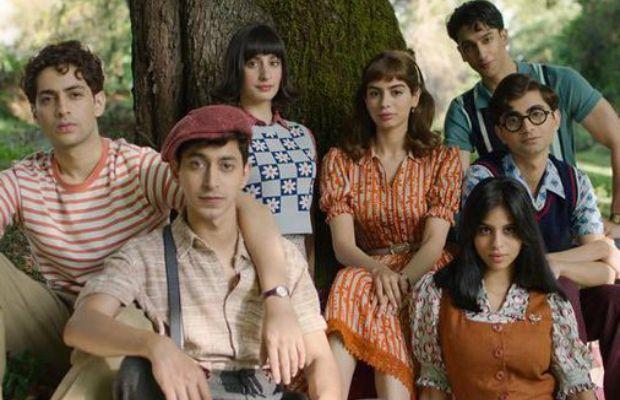 Zoya Akhtar’s Indian adaptation of ‘The Archies’ for Netflix has sparked a nepotism debate on social media.

It was the other day when Filmmaker Zoya Akhtar dropped the teaser of her upcoming adaptation of The Archies.

However, the fans seem to have been left least impressed with the selection of star cast.


The netizens were quick to slam the production for “Real life Nepotism”.

“The Justice League of Nepotism,” a Twitter user said.

While another added, “Wait, what!? I didn’t even realize these kids were Indians. Basically, a film for everyone with a surname? Nice!”

While another said, “Can one imagine how talentless and useless one has to be to become a movie actor just because ‘mere papa, mummy bhi the’?” questioned one more. “

This movie is based on Real life Nepotism !!#thearchies https://t.co/Lwcj9rbmvY

Star kids getting a nice platform. Good to see @NetflixIndia acting as a platform for nepotism. https://t.co/ygWF1Zcj7J

Wait, what!
I didn't realise these kids were even Indians..Basically a film for everyone with a surname. Nice!#TheArchies https://t.co/9aQp8Nnfv6

Can one imagine how talentless and useless one has to be to become a movie actor or actress just because “mere papa / mummy bhi the”. And how many talented people get left out because of these celeb kids.

Heights of nepotism in India. https://t.co/4hshEzlwL7

the Justice League of Nepotism https://t.co/4E6LwN2OpY

Given the fact that Netflix is the most expensive OTT platform in India, it needs to have top tier Indian content to compel people to pay a premium for it.

The film is based on iconic comic characters Archie and his gang. It will also star Mihir Ahuja, Dot, Yuvraj Menda, and Vedang Raina in leading roles.

The much-awaited project will release on Netflix sometime in 2023.