The first teaser of Sami Khan, Neelam Muneer starrer Wrong No 2 is out 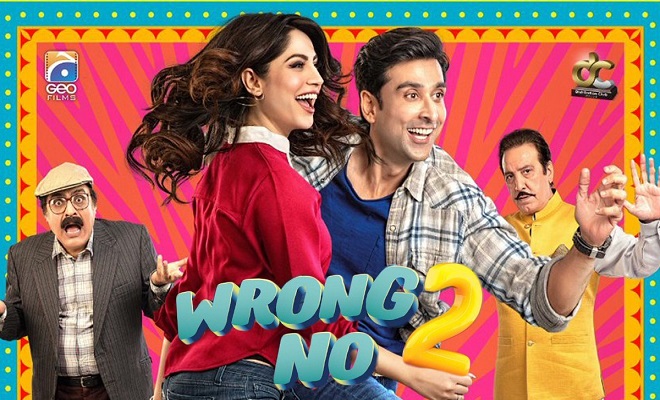 Yasir Nawaz has released the first look of his upcoming film Wrong No. 2 and from the teaser we’ve gauged that the story line would be following the hilarious adventures of a Pashtun family. Neelam Muneer does not only look stunning but looks amazing speaking fluent Pashto. It will be good to see how her comic timing enhanced since Chupan Chupaie.

However, we wished to see more of Sami Khan in the teaser. Also we’re not certain about the story line for now, but we’re sure, following his line of comedies, Yasir Nawaz will have some amazing punches packed in his film.

What is interesting about Wrong No 2 is the fact that it followed the adventures with an ensemble cast. The leads are there but the unit is thick and they travel together, spinning a tale of comedy of errors. Wrong No 2 releases this Eid ul Fitr and stars Mehmood Aslam, Javed Sheikh, Sana Fakhr alongside Sami Khan and Neelam Muneer.