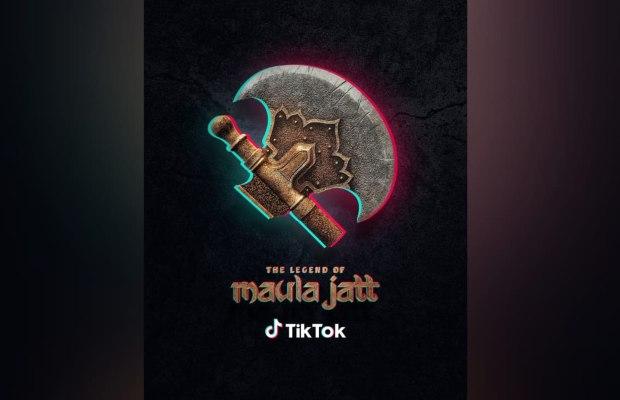 As the most anticipated film of the year ‘The Legend of Maula Jatt’ releases in theatres on October 13th, 2022, the film has partnered with TikTok as its Official Entertainment Partner in a first-of-its-kind collaboration from this region. With this partnership, TikTok will add to the anticipation and excitement by launching multiple in-app activations, allowing fans to engage and get involved with the biggest movie to come out of Pakistan’s ever-evolving film industry.

As the Entertainment partner, TikTok will provide a place where fans can get exclusive content from the movie including teasers, trailers, and behind-the-scenes footage. ‘The Legend of Maula Jatt’ is by far the most expensive film to come out of Pakistan and its large fan base has awaited the release of the film patiently for around three years now. The Maula Jatt fandom can now interact with the movie’s cast and each other on a much larger scale through TikTok’s unique features and effects specially created for ‘The Legend of Maula Jatt’ on the platform.

This intense and epic hero origin story, with a screenplay by Bilal Lashari and dialogues by Nasir Adeeb, is a hard reboot of the 1979 cult classic ‘Maula Jatt’. The film is directed by Bilal Lashari, known for his directorial debut, the box office megahit film ‘Waar’ and produced by Ammara Hikmat under the joint venture of Encyclomedia & Lashari films in association with AAA Motion Pictures. The film is being distributed by Nadeem Mandviwalla of Mandviwalla Entertainment, who is well known for his contribution to cinema. Internationally the film will be distributed by MovieGoers Entertainment.

TikTok is fast becoming Pakistan’s one-stop shop for entertaining content, championing in a diversity of categories including but not limited to movies, music, acting, sports, food, travel, education, and fashion. The TikTok community in Pakistan creates unique entertainment content that brings joy, celebrates creativity, shapes culture, and transcends boundaries. This partnership with ‘The Legend of Maula Jatt’ will bring even more exciting content and will showcase the talents of Pakistan’s growing TikTok community.