The Most Disliked Indian Video on YouTube Till Date 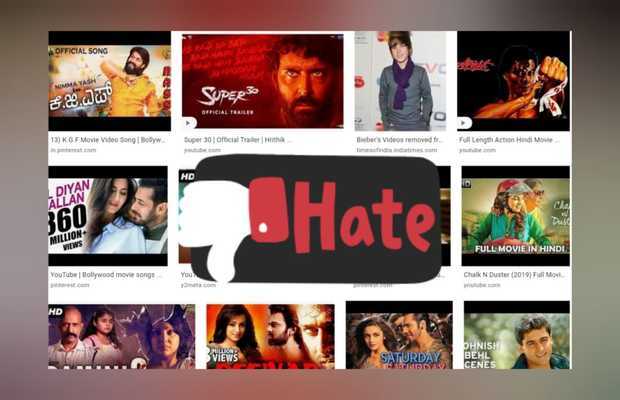 Sadak 2 Trailer has become the most disliked Indian video on YouTube since it’s premiere on August 12, on the video-sharing platform, and ranks at the second spot on the list of the most disliked video internationally.

The first position is held by YouTube’s own video released in 2018 named ‘YouTube Rewind 2018: Everyone Controls Rewind’, having 18 million dislikes.

Mahesh Bhatt’s directorial Sadak 2 has been receiving backlash ever since the debate around nepotism has made into the headlines amid the death of Bollywood actor Sushant Singh Rajput who was found dead at his residence in Mumbai.

The whole of the Bhatt family has been at the centre of receiving flak from Sushant Singh’s fans for allegedly sabotaging the actor’s career. Mahesh Bhatt was also summoned by the Mumbai Police for questioning in probe over SSR’s death last month.

And this hatred has contributed towards the doom of Sadak 2 trailer.

The upcoming film is a sequel to Bhatt’s 1991 hit Sadak, also featuring the original star cast Sanjay Dutt and Pooja Bhatt along with Aditya Roy Kapur.

It was scheduled to release on theatres this summer, before the pandemic, however, Sadak 2 will now be premiering on Disney+ Hotstar on 28 August.

Here are the Top 10 disliked videos of all time on YouTube: 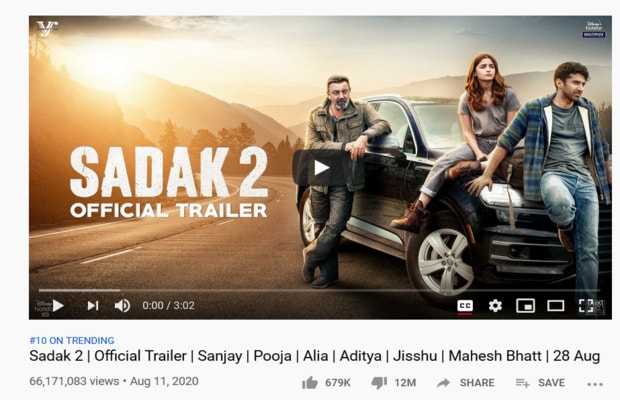 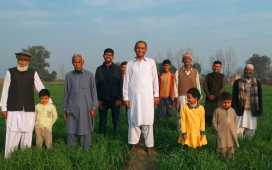