The Oscars Get a Quirky Opening This Year 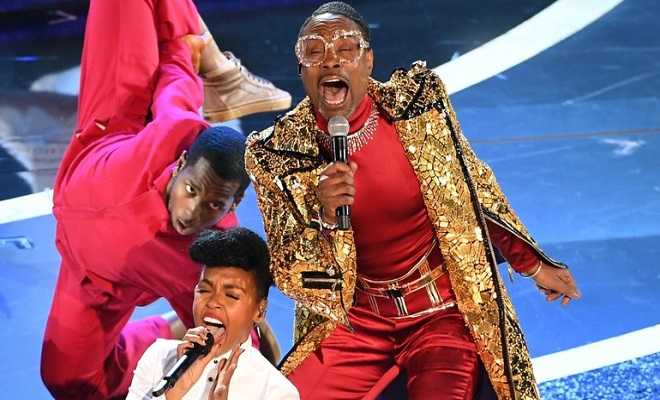 This year’s Oscar went a little different in terms of the opening ceremony. In a rather pleasant turn of events, Janelle Monae was seen paying ode women directors, delivering a jaunty performance and breaking the tradition of yawn triggering Academy Awards openings. However, this was the only thing different as the rest of the Oscars ceremony lived up to its reputation of only celebrating Hollywood’s white men.

In a quirky opening, pop futurist Janelle Monae in her upbeat performance paid an ode to the year’s women directors who were clearly snubbed in the nominations.

“We celebrate all the women who directed phenomenal films and I’m so proud to stand here as a black, queer artist, telling stories,” she said.

Monae then went ahead to sing the theme from the children’s television show that had inspired Tom Hank’s film A Beautiful Day in the Neighborhood this year.

“Happy Black History month,” she belted out during the performance making the star-studded audience rising to their feet.

Next Pose star Billy Porter rocked the stage as he belted out Elton John’s I’m Still Standing before a mirrored grand piano that belonged to Liberace.

Janelle Monáe came and did what she had to do. #oscars pic.twitter.com/AocAH1U0sJ