The Simpsons had predicted Russia-Ukraine war decades ago! 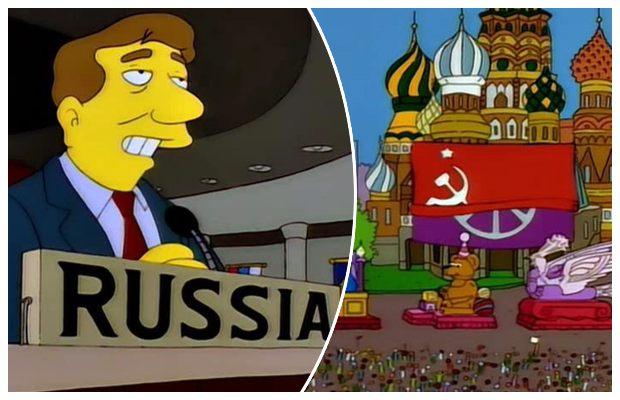 The Simpsons had predicted the Russia-Ukraine war decades ago!

Yes, you read it right, the famous American show is back in news yet again for its predictions of events ahead in time.

The long-running cartoon show had apparently predicted Russia’s full-scale invasion of Ukraine back in 1998.

Following the escalation of Ukraine and Russia tensions that resulted in almost a full-scale war on Thursday, a number of social media users shared a few clips of the old shows.

An old clip is now ding rounds that predicted the return of the Soviet Union and a new Cold War way back in 1998.

The 1998 episode titled Simpson Tide seems pretty close at the moment that coincides with the ongoing Russia-Ukraine conflict.

Meanwhile, the showrunner of The Simpsons Al Jean tweeted: “Very sad to say this was not hard to predict.”

.@TheSimpsons Very sad to say this was not hard to predict: https://t.co/oC9LScSHrU