The wink-girl, Priya Prakash Varrier is breaking the internet yet again!

But this time reason is not the wink. 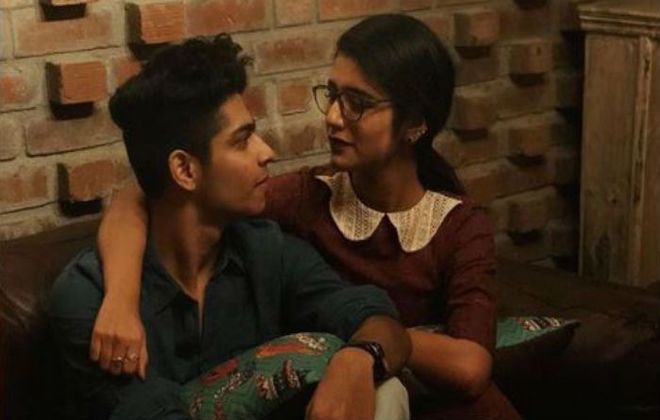 After making millions go crazy with her flirtatious wink, Priya Prakash Varrier is breaking the internet yet again.

This time it is not the wink, it is a picture of her and her ‘Oru Adaar Love’ co-star Roshan Abdul Rahoof.

The photo was shared by the instant-internet- celebrity on her Instagram page. In the photo, Priya and Roshan are gazing lovingly into each other’s eyes.

Varrier took the internet by storm in February 2018 after the release of song Manikya Malaraya Poovi from the film Oru Adaar Love. This film is scheduled to open in theatres this Valentine’s Day.

The actress is gearing up to make her Bollywood debut with the upcoming ‘Sridevi Bungalow’, directed by Prasanth Mambully.

Her film has already landed itself in controversy, as late actress Sridevi’s husband Boney Kapoor claimed that the trailer of the film shows an uncanny resemblance to the life of legendary actress Sridevi and particularly her unnatural death due to accidental drowning in a bathtub.