This Kit Harington and Toothless video will make your day!

Kit Harington appears in How to Train Your Dragon: The Hidden World 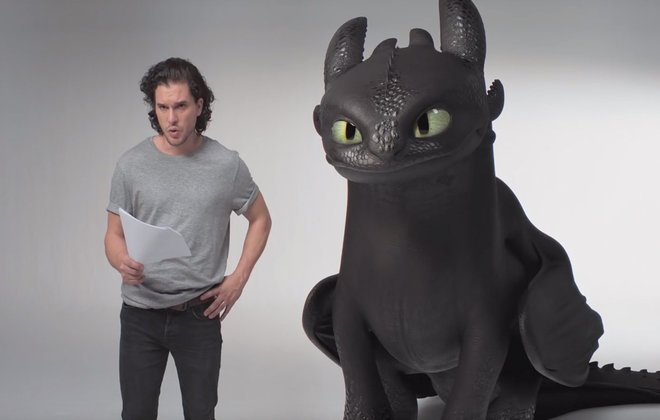 Oh boy, this latest video of Kit Harrington auditions with Toothless will surely make your day after watching it. This Kit Harington’s comedy gig is making rounds on internet.

The Game of Throne’s Jon Snow appeared for an audition for a dragon film or something. But, he didn’t know who will be appearing besides him at the audition.

There is funny conversation between them  leaves the audience smiling, and there is amazing use of visual effects in the short video clip as well.

“Be honest, Toothless, do I come across as too broody? Because half the time I’m just trying to remember where I left my keys,” Harington says.

In several takes of the audition, Kit Harington does struggle to understand his role, which is a treat to watch. Both the characters are entertaining in the cutest way.

“I’m a little confused about my part, really. I mean, first I’m dead, then I’m not. No one knows who my mother is,” he says to the animated fellow.

Kit and Toothless even recreates the famous Game of Thrones scene where Jon Snow met and touched the Targaryen’s Dragon while visiting Dragonstone, in the HBO series.

To be noted, Kit Harington appears in How to Train Your Dragon: The Hidden World alongside other voice actors.

The film is slated for release in February 2019. While, Game of Thrones will be returning for its final season in April 2019 on HBO.