Tick Tock: The Future Is History; trailer out now! 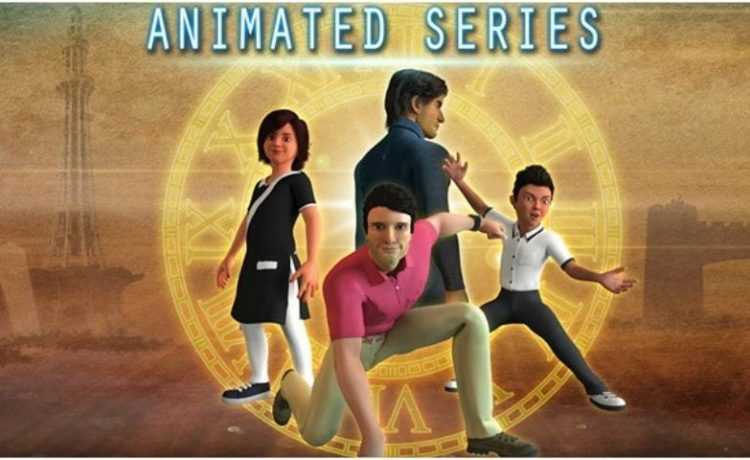 Without any doubt, our cinema industry is flowering with interesting films of diversified genre. And not only genres but we’re experimenting with high tech as well. After the release of Allahyar and the Legend of Markhor, here comes another animated movie to take Pakistan by a storm; Tick Tock.

The makers of Tick Tock have released its exciting trailer and from the looks of it, Tick Tock will feature a rather interesting story. Its Pakistan first ever animated movie about the time travel.  The film stars  Ahsan Khan, Maria Memon, Ghulam Mohiuddin, and Alyy Khan for voice overs of major characters.

Tick Tock: The future is history is presented by HUM Films and is production of Eveready group. The film is directed by Omar Hassan and its executive producer is Sana Tauseef. The interesting script is written by  Omair Alavi.

The most interesting part of this trailer is its exciting dialogues and story line which seems very engaging  and unique. The story and dialogue suggests that it is just made for kids but it seems even adults will enjoy it. However, after Allahyar and the Legend of Markhor upped the game of animations, the quality of animations in Tick Tock does not appeal.  Animations for this particular movie are nowhere close to 3 Bahadur, and no comparisons with those of Allahyar and the Legend of Markhor.

However, from the looks of it, the story revolves around brave  and smart history buffs Hassan and Daanya  who are on board  upon a time travel adventure along with their teacher (KK) and an anti-hero (Gobo) who wants to change the history for his own benefit. The story evolves into a fun-filled adventure as they meet the greatest heroes from the history of Pakistan and how they overcome all the negative forces to keep the timeline intact. Extremely interesting plot wishing animations would have been bit better.

tweet
Share on FacebookShare on TwitterShare on PinterestShare on Reddit
Rameeza NasimFebruary 2, 2018
the authorRameeza Nasim
Rameeza Nasim, a Paralian, passionate about poetry, drama and fiction. By giving drama critiques I feel like I am endorsing the writer's message to the audiences, I love my job. Being a critic responsibility lies on my shoulders to point out the flaws and shortcomings of the play be it on writer's , performers or director's end . I did my Masters in English Literature and Linguistics .
All posts byRameeza Nasim