Tom Cruise ready to fly his fighter-jet as Maverick 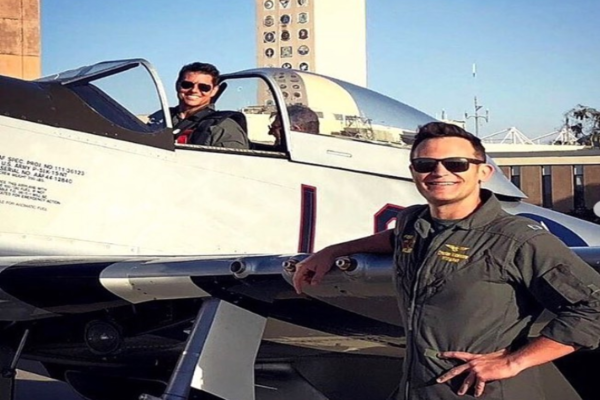 Starring Tom Cruise as Maverick, sequel to the 1986 original Top Gun has kicked off its production. The world eagerly waits to see their favorite actor back in action and this time he is all geared up for flying. As new images form the production site emerges, Tom Cruise is seen suited up and ready to fly high as Maverick yet again.

Top Gun 2 is being reported to be named just ‘Maverick’, the film is slated for 12 July 2020 release.

Filmmaker Luke Scott shared the first photos of Tom cruise as Maverick sitting in the cockpit of his fighter jet. He is the nephew of original Top Gun director Tony Scott and son to Blade Runner and Alien director Ridley Scott. He shared the first glimpse at Maverick’s big return. Captioning the Insta post, “Set life #topgunmaverick #tomcruise #flighttraining.”

Some while ago, Luke also shared the script meeting look of Tom Cruise.

Few other on-shoot photos were shared by Maverick’s fans on twitter. Who by chance caught the glimpse at the ongoing shooting of the upcoming film;

My uncle (who's in the Navy) got to see Tom Cruise working on the Next Top Gun movie aboard his ship. pic.twitter.com/MKk8sMDh0x